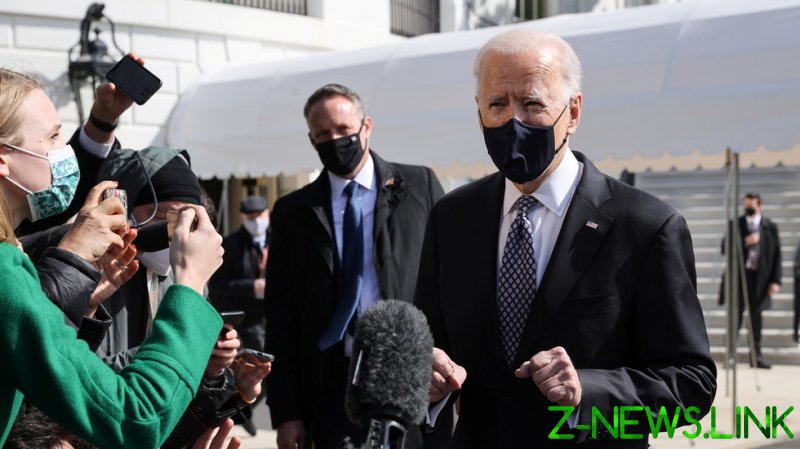 Following Biden’s already infamous falling spell on the steps to Air Force One this week, a parody video was quickly made and spread around social media that humorously shows former President Donald Trump to be the culprit behind the physical blunder after he hits a golf ball a tad too far.

Donald Trump Jr. was one of many users to share the video on Twitter, and a number of people believe this could somehow have real consequences.

Appearing on the ‘Dean Obeidallah Show,’ author and MSNBC analyst Malcolm Nance – who has claimed Trump is an “asset” of Russia and even suggested that the terrorist group ISIS suicide bomb a Trump property in Istanbul – hinted the sharing of the video increases the chance of potential violence.

“It’s dangerous because what he does is he makes light of the potential of injuring people,” Nance said, going on to claim he regularly monitors the public communications of “right wing extremists” and predicting how they could be responding to the short clip.

“Some of the forums that are prevalent are gun forums, and let me tell you, you want to see some seething hotbeds of violence, you know, potential violence, and some of these people have long range shooting skills,” Nance said. “And this is the sort of thing that they would, you know, they would see that video and it would turn into a discussion of whether they use a 338 Lapua [long range rifle] or whether they use 50 caliber BMG to get that shot, right?”

He added Trump Jr. is “joking about murder” – despite the parody video showing Biden just falling – and the video “mainstreams the potential for violence.”

Nance previously testified this year before the House Judiciary Committee about right-wing extremism and domestic terrorism, despite having a history of pushing conspiracy theories – like Trump directly working with Russia to influence the 2016 presidential election – as well as blatant falsehoods, such as claiming former Green Party presidential candidate Jill Stein had a show on RT, which she never did.

Trump Jr. has already been pushing back against media coverage of the video he shared, blasting media outlets for needing to label it “edited” when the content should make that clear.

“Wait you’re telling me this is edited??? I’m sorry, I had no idea I was spreading this kind of gross disinformation,” he shot back at a headline from the Hill on Saturday.