Home / WORLD / Parler says it referred FBI to violent content on more than 50 occasions BEFORE riot, incl, on ‘specific threats’ to the Capitol

Parler says it referred FBI to violent content on more than 50 occasions BEFORE riot, incl, on ‘specific threats’ to the Capitol 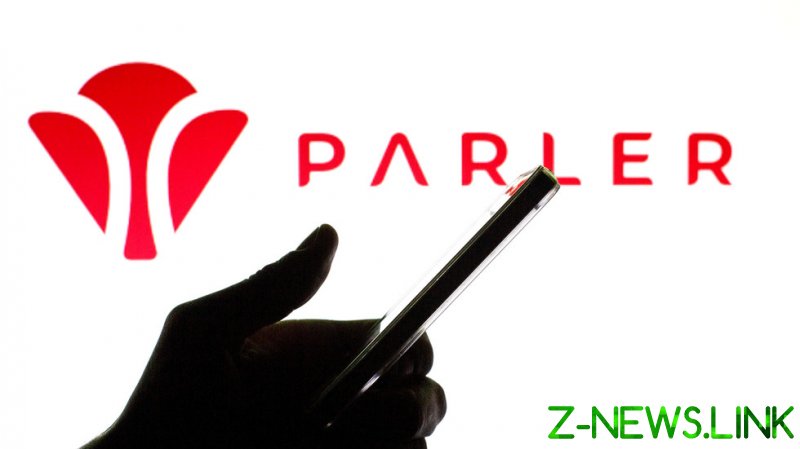 The company forwarded posts to the FBI on more than 50 occasions prior to the unrest in Washington, DC, it said in a letter addressed to the House Oversight and Reform Committee on Thursday, rejecting allegations that the site acted as a “far-right instigator” ahead of the riot.

“The Company has acted to remove incitement and threats of violence from its platform and did so numerous times in the days before the unlawful rioting at the Capitol,” Parler said, adding that it took “the extraordinary initiative to develop formal lines of communication with the Federal Bureau of Investigation.”

Parler cited a November 2020 email exchange between the platform and an FBI agent, who said a colleague “spoke highly” of the company and its “working relationship with the FBI.” The company said that after establishing a line of communication with the bureau, it “regularly” forwarded screenshots of “unlawful posts that called for violence,” or that merely “merited additional investigation to protect public safety,” including specific threats against US officials such as former Attorney General Bill Barr.

“Even after the violent attacks stopped, Parler continued to dutifully and proactively report posts to the FBI where users threatened additional violence,” the company continued.

Parler also claimed it had been targeted by “absurd conspiracy theories” put forward by “Big Tech and its media allies,” arguing they were part of a “widespread disinformation campaign designed to scapegoat Parler for the riots at the US Capitol.”

Soon after the unrest, Parler was swiftly booted from both Apple and Google’s app platforms, while Amazon kicked the site off of its cloud servers and effectively took it offline, a decision the company condemned as “unlawful and anticompetitive.” All three tech firms accused Parler of allowing violent content to proliferate on its platform, but the company insisted that it did more to remove such posts than other, larger social media sites.

“It is now well-documented and understood by honest observers that incitement occurred far more frequently on Big Tech platforms like Facebook and Twitter than Parler,” it argued, pointing to a Forbes analysis last month which found that “Facebook was far and away the most utilized social media platform by rioters on January 6th.”

Thursday’s letter was penned as a response to a House Oversight inquiry sent to the company in early February, which relayed a litany of charges against the site and urged it to disclose details about its ownership and financing, suggesting it might have murky “ties to the Russian government.”

Parler rejected those allegations unequivocally, denying any collusion with “the Russians” or that it attempted to “promote Russian disinformation,” as the Democrat-led committee insinuated.

“We have investigated these claims and explained to Committee staff that there is no evident or relevant Russian connection to the Company, and we repeatedly requested that the Committee staff provide us with additional details that could facilitate a more targeted review to avoid a costly and unduly burdensome fishing expedition into the Company’s files,” the letter went on.

Parler’s lengthy rebuttal comes amid ongoing legal battles not only with Amazon, which it sued over its decision to deplatform the site, but also with its own ex-CEO, John Matze. The former executive filed a suit against Parler earlier this week, arguing he was unlawfully forced out of the company and that rivals within the firm had stolen his 40% ownership stake, which he claimed was worth millions.