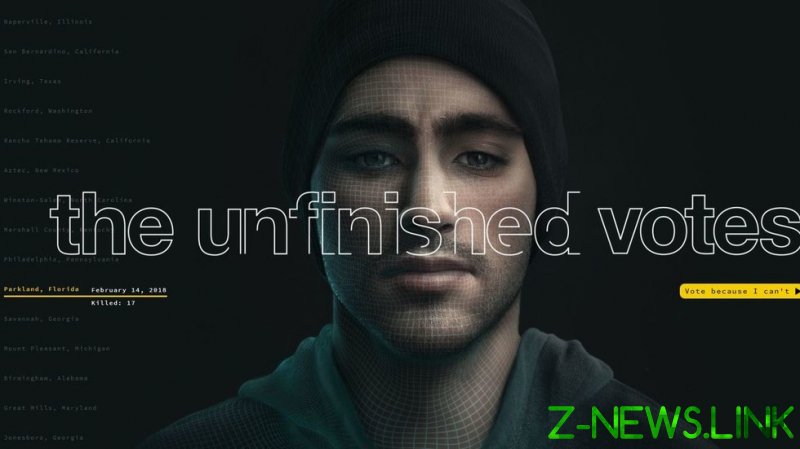 The 17-year-old Marjory Stoneman Douglas High School shooting victim was brought back to life digitally via artificial-intelligence software on Friday to promote voting for politicians who support gun control legislation, with the help of his parents – a reincarnation some felt was in questionable taste.

Parents Patricia and Manuel Oliver’s nonprofit, Change the Ref, teamed up with other pro-gun-control organizations to deepfake the image of their slain child, who died alongside 16 others when his classmate Nikolas Cruz shot up their school in February 2018. Change the Ref’s goal is to “raise awareness about mass shootings through strategic interventions that will reduce the influence of the [National Rifle Association] on the Federal level,” according to its website.

“It’s very hard to look at this,” Patricia acknowledged in the video, before the clip gives way to an impassioned plea from “Guac” – Joaquin’s nickname when he was alive – to “replace my vote” and support “politicians who care more about people’s lives than the gun lobby’s money.”

“People are still getting killed by guns,” the reanimated teen laments in the video. “Everyone knows, but they don’t do anything. I’m tired of waiting for someone to fix it.” While pointing out that November’s election would have been his first opportunity to vote, he urges viewers to vote with him in mind, insisting “we’ve got to keep on fighting, and we’ve got to end this.”

The deepfake video has left a bad taste in some viewers’ mouths. Some denounced the clip as “obscene digital necromancy,” while others were simply unnerved by the message of “Vote because I can’t.”

However, some celebrated the guilt-inducing spot as an act of bravery, hailing the AI sequence as a praiseworthy tribute to the Olivers’ son.

The video directed viewers to UnfinishedVotes.com, an extension of the Olivers’ gun control activism that highlighted how child victims of gun violence were unable to cast votes for pro-gun-control politicians.

Cruz, the 19-year-old shooter who killed the Olivers’ son and 16 others and injured 17 more at the Parkland school, was a former student who allegedly acquired his firearms legally. While the Sheriff’s Department of Broward County (where the school was located) was widely criticized for its handling of the situation, surviving students subsequently toured the country demanding stricter gun control legislation.