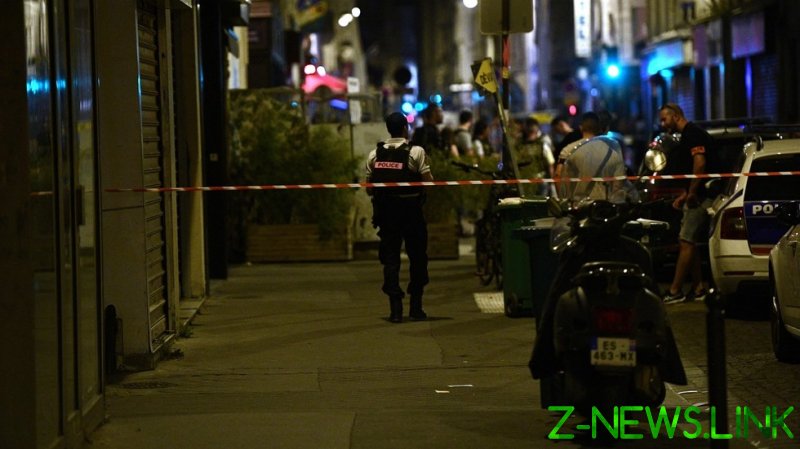 One person was killed and four others wounded in a shooting at a shisha bar in central Paris late on Monday, local authorities have said.

The incident took place in the 11th Arrondissement, one of the French capital’s most densely populated areas, located on the right bank of the River Seine, not far from the Place de la Bastille.

Several men reportedly jumped out of a car and opened fire at people sitting on an open terrace.

Francois Vauglin, head of the 11th Arrondissement, confirmed the casualties on Twitter, saying there were three shooters involved, one of whom was apprehended by bystanders and later detained by police.

The other ended up seriously injured, while the third armed assailant managed to escape, with a manhunt still ongoing, the official said.

Investigators believe the incident was likely a “settling of scores” between rival criminal groups, Vauglin added.

A police source also told news channel BFMTV that the shooting appeared to be gang-related, not a terrorist attack.