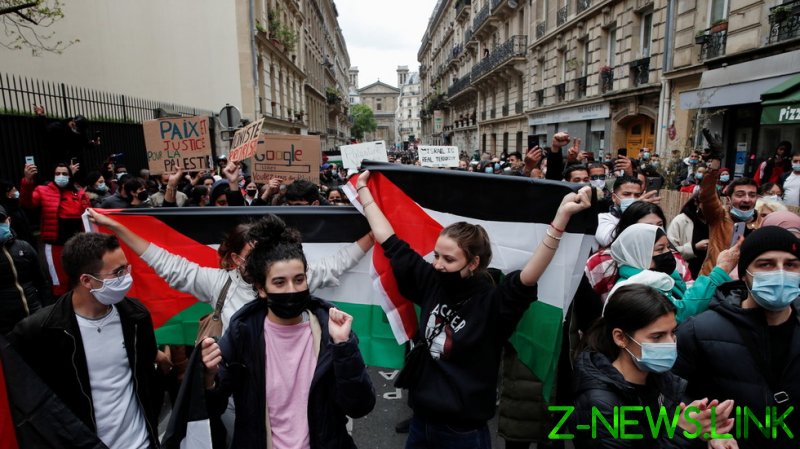 An activist group called Association France-Palestine Solidarity plans to hold a rally on the Place de la Republique square in downtown Paris on Saturday. Another demonstration, organized by the Association of Palestinians in Ile-de-France, is planned on Sunday between the Barbes-Rochechouart subway station and the Place de la Bastille square.

The decision to limit the display of support for Palestinians was made due to “the risk of the disturbance of public order,” the police chief said.

Authorities previously banned a pro-Palestinian march in Paris on May 15 out of fears that violence would break out. The organizers argued that the ban violated the freedom of speech and assembly. Somewhere between 2,500 and 3,500 protesters showed up anyway to demonstrate in the city’s Barbes neighborhood, according to BFM TV. Police used tear gas and water cannon to disperse the crowd that was carrying Palestinian flags and chanting pro-Palestine slogans.

The dramatic escalation of Hamas-Israeli violence has killed at least 227 people in Gaza and 12 in Israel.