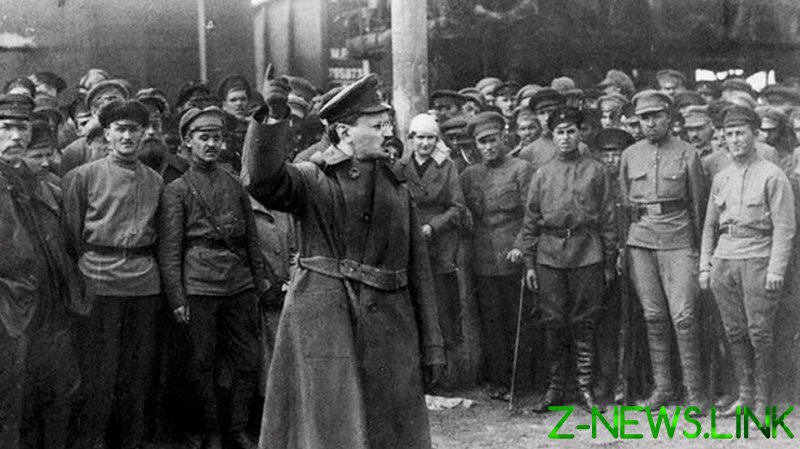 After a tough 2020 and apparently seeking to inspire some camaraderie heading into the new year, Lallement drew on a passage from the founder of the Bolshevik Red Army in which Trotsky attempted to rally his “comrades” against the Russian bourgeoisie.

The French police chief selected a couple of lines from Volume One of Trotsky’s ‘Military Writings’, dated April 21, 1918 – months before the infamous ‘Red Terror’, the Bolshevik-led campaign of violence and executions in Russia.

“I am deeply convinced that we will create the necessary order by joint efforts, no matter how the black crows croak,” the quote reads.

“Just know and remember firmly that outside of this – collapse and destruction are inevitable.”

However, far from being a rousing message for 2021, Lallement’s quoting of Trotsky was questioned by French politicians of all shades, including right-wing Marine Le Pen who said the police chief had a “strange conception” of France’s Republican values.

“Should we see the source of his complacency towards the thugs of the extreme left?” the National Rally leader asked in a tweet on Thursday.

Socialist Party lawmaker Remi Feraud also chimed in to share his bafflement at the quote: “What drift … Where have the republican principles that should found the authority of the State gone?”

Meanwhile, National Rally MEP Jean-Lin Lacapelle was stronger in his condemnation of quoting Trotsky in the cards.

“Let us recall that this sinister individual was a fervent supporter of the Red Terror, a repressive policy of mass arrests and executions, which killed at least 140,000 people,” he said.

Lallement, who took office in March 2019, is something of a controversial figure among France’s political establishment and public, with as many as 40 percent of French people wanting him gone, according to a recent YouGov-HuffingtonPost poll.

His new year message contrasts to his call just a month ago for French police to hold “the republican line to the end” against those protesting controversial new security legislation, which included banning people from taking pictures identifying on-duty officers.

The government later pledged to remove that element of the bill.

In 2019, Lallement was captured by TV cameras telling a member of the French ‘gilets jaunes’ protest movement that “we are not in the same camp,” an incident that further marred his image as police chief for many members of the public.