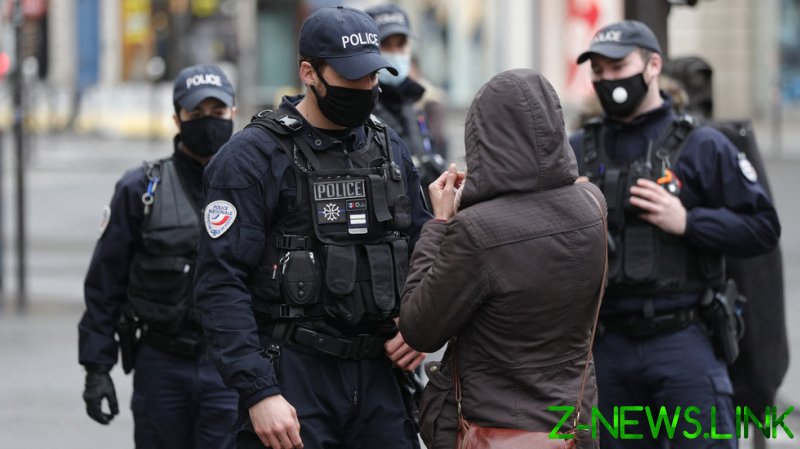 Officials in numerous parts of the country fear a combination of pleasant spring weather and the break-up of some schools for holidays could encourage people to gather in groups, thus risking the increased spread of the virus.

Police chiefs in the capital will launch a “large-scale” operation involving 4,000 officers from Saturday to enforce the country’s strict 6pm to 6am curfews, imposed to stem the spread of Covid-19.

Increased patrols in Paris’s wider Île-de-France region will be mobilized to ensure people are not traveling unnecessarily.

Meanwhile, police controls are also to be stepped up in the neighboring Eure-et-Loir region and in the northeastern department of Meurthe-et-Moselle.

Even more stringent measures are being imposed in France’s third-largest city, Lyon, where police will enforce a ban on public alcohol consumption from 12 noon to 6pm on Saturday.

The booze ban affects multiple streets in the city between the Rhône and Saône rivers, which police say has become a problem area for informal gatherings in recent weeks.

The concern comes as Lyon and Paris are set for highs of 17C this weekend, while temperatures are forecast to surge to the low-20s in some southern areas, including on France’s Atlantic Coast.

“Now is not the time to slack off,” French Health Minister Olivier Véran warned on Thursday, adding that the game against Covid-19 “is not yet won” and urging the public to remain vigilant.

France has recorded almost 83,000 Covid-19 deaths and 3.4 million cases of the virus in total.