Parents want Loudoun County, Va. school board to quit after accusation it covered up bathroom rape by ‘gender-fluid sex predator’ 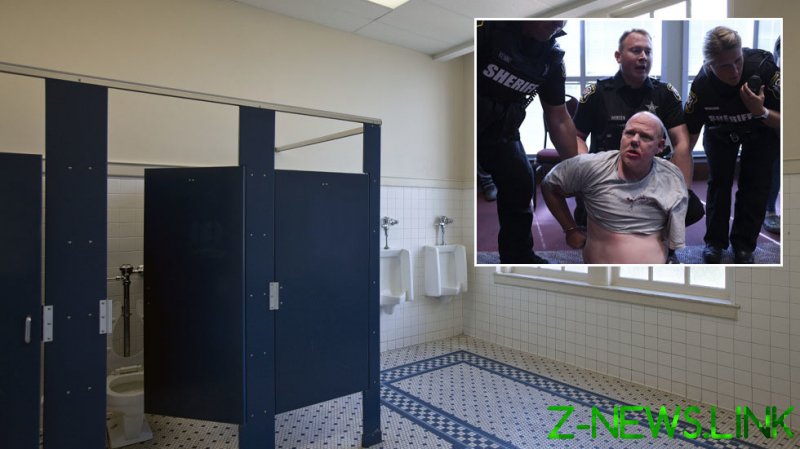 The lengthy conflict between the Loudoun County School Board (LCSB) and parents unhappy with its policy to better accommodate the needs of transgender students has reached a new level of intensity this week.

One of the protesting parents accused the board of covering up something that Superintendent Scott Ziegler claimed simply couldn’t happen – a sexual assault in a girls’ bathroom by a biologically male student, who was granted access to it because of their purported gender fluidity. The cover-up allegedly allowed the perpetrator to sexually assault another victim.

The Tuesday public meeting of the board was dominated by the allegations, with angry parents accusing board members of gaslighting them and failing to protect children entrusted to them. One commenter compared the actions of the LCSB to those of the Catholic Church, when it “passed predator priest from parish to parish” to protect the reputation of the entire institution. There were renewed calls for the resignation of Ziegler and other officials.

The alleged assaults and suspected cover-up were exposed in a lengthy investigation published on Monday by the conservative outlet The Daily Wire. At the heart of the story is Scott Smith, a Loudoun County parent who gained national infamy after being arrested during a chaotic LCSB public meeting on June 22. The session was disrupted by protesters and ultimately cut short by the board.

Smith said he was arrested due to an emotional outburst, after a pro-transgender activist accused his daughter of fabricating a sexual assault against her. The incident was very real and extremely painful for the entire family, he said.

The Loudoun County Sheriff’s Office confirmed that there was a sexual assault case at the school dated May 28 that “involved a thorough 2-month-long investigation” that led to an arrest. Law enforcement officials said the prosecution was still pending court proceedings.

According to Smith, his daughter was attacked by a “gender-fluid” boy who wore a skirt and gained access to the girls’ bathroom under the school’s gender-affirmation rules. “The person that attacked our daughter is apparently bisexual and occasionally wears dresses because he likes them,” he told The Daily Wire.

He considers the student a “sexual predator”, so he was quite upset during the June 22 meeting, when he heard Ziegler assuring the public that allowing biological boys to use girls’ bathrooms was perfectly safe. Asked about assaults at schools, the officials said: “To my knowledge, we don’t have any record of assaults occurring in our restrooms,” adding that “the predator transgender student or person simply does not exist.”

The alleged rapist in the May 28 is not transgender, of course, but “the point is kids are using [school policies] as an advantage to get into the bathrooms,” Smith said. When confronted by the activist later during the meeting, he called her a “b**ch” and got wrangled by the police. 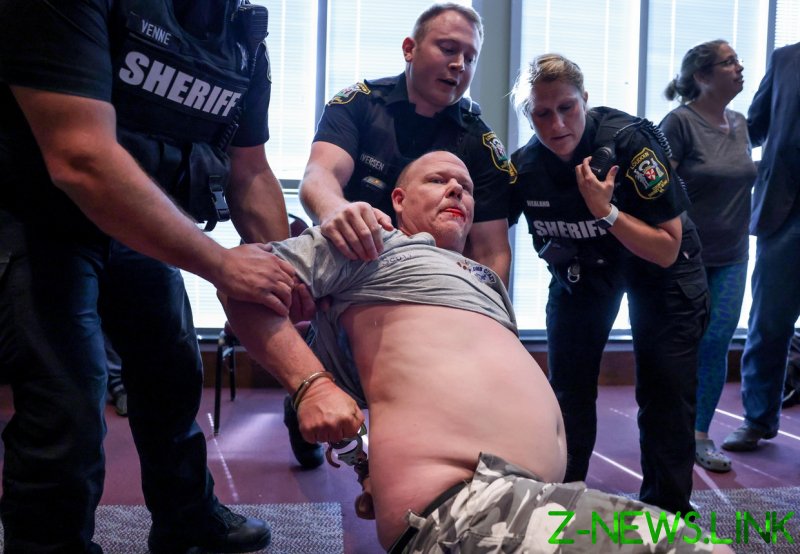 The moment of Scott Smith’s arrest on June 22. REUTERS/Evelyn Hockstein

In August, Smith was sentenced for the altercation with officers to 10 days in jail, all suspended, contingent on a year of good behavior. Images of Smith in handcuffs, his face covered with blood and his belly popping from under a T-shirt, made him a symbol of anti-trans bigotry in the eyes of the liberal media.

According to Smith, the school management and the LCSB went out of their way to protect the teen who allegedly assaulted his daughter. The Daily Wire said the suspect was transferred to a different school, where he was arrested in October for alleged abduction and sexual battery of a girl student.

The Sheriff’s Office reported arresting a 15-year-old for an incident of that nature at Broad Run High School in Ashburn, but didn’t identify the juvenile suspect. The Daily Wire says it was the same person who allegedly assaulted Smith’s daughter. The juvenile was reportedly 14 years old during the May 28 incident.

The conflict between LCSB and some of the parents stemmed from policy proposal 8040, which would require district schools to affirm the preferred gender of students by calling them their chosen pronouns and allowing them access to gender-restricted areas according to their preferences. It was put into force in August.

The policy “was rushed through to a vote without consideration for the safety of all students, simply to satisfy a liberal agenda,” an angry mother said at the school board meeting on Tuesday.