Home / WORLD / Parents want kids to ditch degrees & learn a trade. They’re right, universities teach nothing except how to be woke

Parents want kids to ditch degrees & learn a trade. They’re right, universities teach nothing except how to be woke 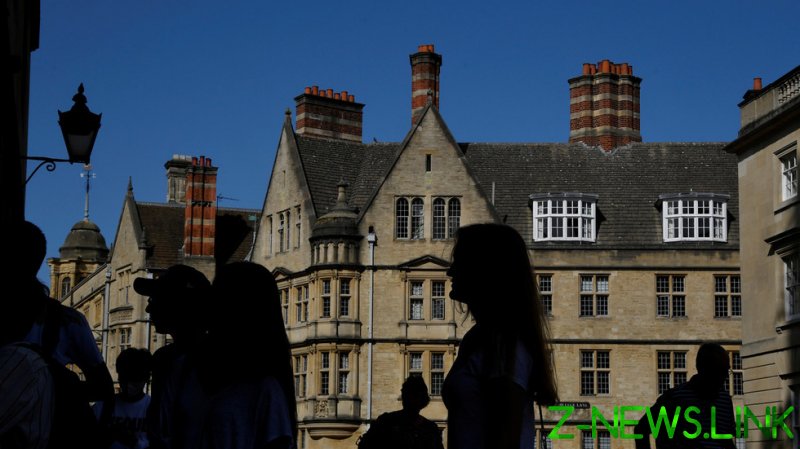 If you can lay bricks or cut hair, you’ll always be able to work, so long as buildings keep going up and hair keeps growing. Youngsters shouldn’t rule out being an undertaker either. Death is the one certainty of life. Plumber. Carpenter. Electrician. Roofer. Brewer. Welder. Scaffolder. Fisherman. Butcher. The list goes on. Businesses and trends come and go, but some trades will always remain.

Think about it, what the hell did a social studies degree ever train anybody to actually DO?

And by 2020? Almost 2.5 million people were in higher education, most studying for their first degrees. Over half of all youngsters went to university, which had been Prime Minister Tony Blair’s target in a speech he gave in 1999.

But they’re not all studying medicine. They’re not studying maths and physics, chemistry or engineering. It seems to me they still run in packs and follow the latest trends. That’s just human nature. Some kids choose a course because it might be a laugh, maybe a mate is doing it. Maybe they simply didn’t get the results required for a tougher course. They were never destined to be doctors or dentists, physicists or lawyers.

New research has found that most parents would prefer their child did a vocational qualification instead of a degree when they left school. The Social Market Foundation and Further Education Trust for Leadership found that 48% favored a trade for their kids, with 37% preferring university. Eight percent said their offspring should go straight into the workplace.

What’s more, according to the research findings, graduates were far more likely to regret having gone to university in the first place. The majority of people who left school to learn a trade, though, didn’t regret having never attended uni.

Higher education, you see, doesn’t necessarily train kids to actually DO a damn thing. I’m not sure they’re even being taught critical thinking,

Take my own trade, journalism. I have been a hiring boss, a news editor, on several unhappy occasions. And if I spotted a degree in ‘media studies’ or ‘communication studies’ on a wannabe hack’s CV, most likely it went straight in the bin. Journalism is a trade, same as carpentry. I wanted to see proof the candidate could knock up a couple of proverbial shelves; meaning they’d done work experience on a local paper, they’d had their byline on an real story. That sort of thing.

Media studies teaches kids how to worry about the impact of a story instead of finding a story in the first place and then standing it up with research and conducting interviews, and then hammering out the words. For sure, it’ll have no impact if nobody ever publishes it. I wanted to see proof they could ‘bring home the bacon’. Not pontificate about the moral justification of the meat industry.

And come on, what use to any employer are ‘education studies’, ‘consumer behaviour’, ‘cities’ or the study of clocks (horology)? And what about ‘David Beckham studies’, ‘golf management’ and ‘surf studies’?

I have a theory, as yet untested by rigorous research, but it’s high time somebody created a course on this subject – that if you plotted on a graph this increase in not-very-rigorous-study degrees, one could plot on that same sheet of graph paper the ever-increasing rise in woke nonsense and related hysteria.

Just over the past few weeks, we’ve learned that Jane Austen’s tea drinking needs to be examined due to its links to Britain’s evil colonial past. Richard Dawkins was sent to purgatory for questioning transgender dogma. Tens of thousands of National Trust volunteers are being forced to go on anti-bias training. The list goes on.

A whole generation, you see, left their studies to find work in the market place. And all they’d really learned how to do was, well, study their navels.

It’s not a great time to be leaving university with a degree, Mickey Mouse Studies or otherwise.  Research by the Institute for Fiscal Studies last year found: “Experience from previous recessions tells us that graduates will be less likely to find work and will start off in lower-paying occupations than they might have expected. Given the likely scale of the downturn into which they will be graduating it is likely to take at least five, and perhaps ten, years for these effects to wear off.”

Education is a booming industry. Almost 450,000 people are employed in UK higher education right now. So, if you have a kid who refuses to learn to cut hair or lay bricks, you could always help them find work in a college.