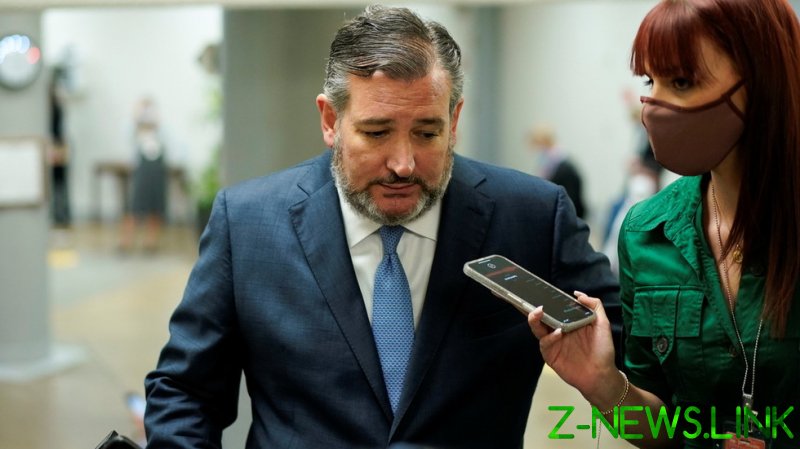 The headline was one of many to negatively paint Cruz’s most viral comments yet, and the coverage is just one piece of larger framing that has led to both “Nazism” trending on social media and numerous journalists and activists calling into question the ethics of some elements of the “digital media.”

On Thursday, Greenwald blasted Beast’s headline as “pure, 100% fabrication” and “fake news” that had not been flagged for misinformation because it aligned with “the right ideology.”

The outrage over Cruz’s comments stemmed from a clip put together by Vox’s Aaron Rupar, who also accused Cruz of “defending” Nazi salutes at school board meetings.

In the clip, the senator defends parents who’ve protested at school board meetings and refers to specific instances of supposedly aggressive and dangerous behavior, including one parent who reportedly gave a Nazi salute after being told to put on a mask.

Cruz became one of multiple Republicans to then verbally spar with Garland. The senator argued that because these instances of supposed violence, including that involving the salute, actually included no violence at all, the involvement of federal agents was both unnecessary and an overreach.

Even the attorney general admitted a Nazi salute given to an elected official would be “protected” under the First Amendment.

However, liberal pundits and even some lawmakers, such as Rep. Ilhan Omar (D-Minnesota), have since homed in on Cruz’s Nazi comments, leading to a wave of condemnation.

The outrage, however, has itself been called to task by critics online, who questioned the corporate media’s framing of the story to get clicks. Even some typical Cruz critics found themselves defending the Republican senator.

“I am no fan of Cruz, but this is not a fair headline,” attorney and activist Lawrence Lessig tweeted.