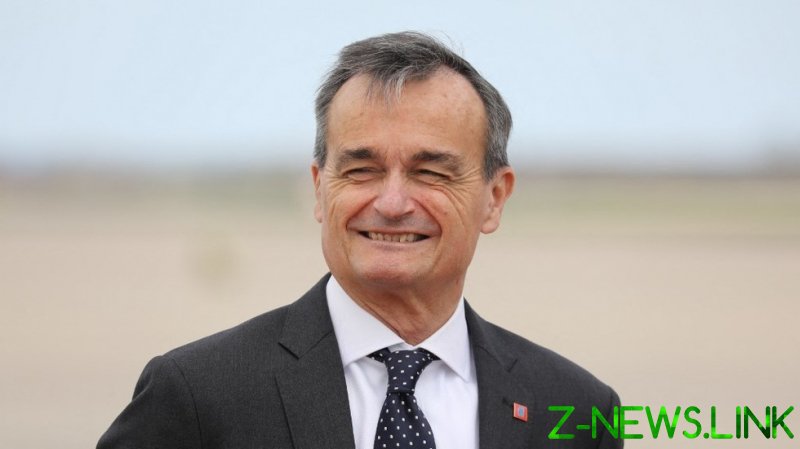 Having served as France’s ambassador to the US, Israel, and the United Nations before his retirement in 2019, Araud likely knows a thing or two about reading the room. However, a quip he made on Twitter on Saturday went down like a lead balloon.

Araud’s tweet drew the wrath of some commenters, who accused him of “unacceptable” sexism. “I’ve prosecuted rapists who tried that line on for size,” retired lawyer Fionna O’Leary tweeted, “Not funny then. Not funny now.”

Araud initially defended himself, tweeting “a bit of humour please.” In another tweet, he elaborated, saying the line was “a quotation from the 30s I have often used in front of hundreds of people with a tongue in cheek as ridiculing diplomats. Nobody could have ever imagined I took it seriously. But twitter…”

Despite their consternation, the offended women have little to fear from Araud. The former diplomat is gay, and came out when he first arrived in Washington in 2014. While female diplomats in his orbit are used to his “politically incorrect” texts – calling them “beautiful,” for example – some insist they like him that way. “I am nostalgic for his charming texts,” former US ambassador to the UN, Samantha Power, told Vogue in 2014, adding that she considered Araud “one of the most authentic and authentically decent people ever to practice diplomacy.”

For better or worse, social mores have changed since 2014, however, and Araud would likely not get away with joking about consent in front of “hundreds of people” these days.

Nonetheless, it appears Araud is used to offending large groups of people. He was widely criticized in 2017 for a tweet on Pearl Harbor Day reminding his followers that the “US refused to side with France and the UK to confront the fascist powers in the 30s.” The tweet caused uproar among American commentators, especially given the fact Araud was the ambassador to the US at the time.

He also described Washington DC as “much too obsessed” with Donald Trump, and populated by “hysterical” political players in “sad” suits – opinions many in the US, regardless of political affiliation, would likely share.