Home / WORLD / Pardon me? Don’t be fooled by the media freakout, Trump’s pardons are par for the course in Washington

Pardon me? Don’t be fooled by the media freakout, Trump’s pardons are par for the course in Washington 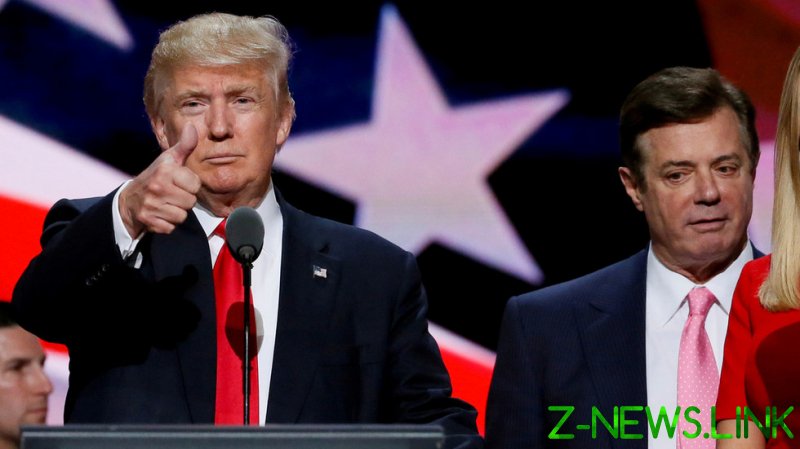 “For Trump, whether the crime is corruption, lying to law enforcement or even war crimes, justice does not apply to those who have been loyal to him,” read a USA Today op-ed published on Wednesday. This statement set the tone for media coverage of President Donald Trump’s opening salvo of end-of-term pardons, which saw campaign associates, corrupt businessmen, and even war criminals walk free in recent days.

Even less defensible was Trump’s pardoning on Tuesday of four Blackwater mercenaries convicted of the massacre of civilians in Iraq in 2007.

“The pardon power is traditionally viewed as an instrument of mercy and justice, a way to right wrongs,” the USA Today op-ed continued. “It is now abundantly clear that, for President Donald Trump, the pardon power is just another avenue for corruption.” The Guardian said on Thursday that Trump’s pardons “debase the presidency,” while the New York Times accused Trump of abusing his power of pardon “for all it’s worth.”

To put things in context, Fortune magazine compared Trump’s use of his clemency power to his predecessors. While Trump has thus far pardoned his “political cronies,” read an article on Wednesday, his predecessors “used the pardon power to address systemic injustice, such as racist drug sentences, or to address broader political riffs in the country.”

So far, so ‘Orange Man Bad’, but this is not exactly true. 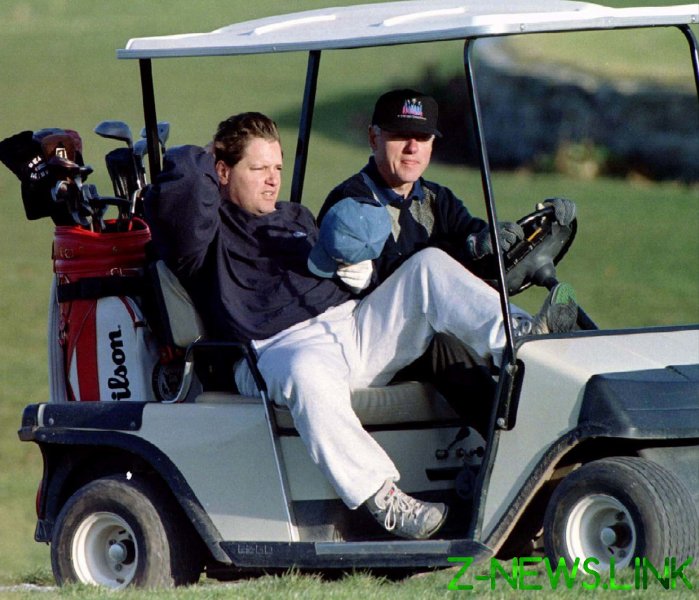 Bill Clinton and his brother Roger ride in their golf cart at the Maple Run Golf Course in Thurmont, Maryland, 1997 © Reuters / Mark Wilson

Trump was not the only president to extend pardons to his family and friends. Clinton famously pardoned his cocaine-trafficking half-brother Roger in 2001, only for Roger to be arrested again for drunk driving several weeks later. He also drew fierce criticism for pardoning billionaire tax fugitive Marc Rich, after Rich’s wife donated more than a million dollars to Democrats, including $100,000 to Hillary Clinton’s New York Senate bid and $450,000 to Bill’s presidential library.

Addressing “systemic injustice,” it seems, has a hefty price tag.

Clinton, if his use of pardons say anything about him, had a soft spot for violent radicals. On his last day in office in 2001, Clinton pardoned newspaper heiress turned activist and armed robber Patty Hearst as well as Susan Rosenberg and Linda Evans, two former members of the militant leftist group the Weather Underground. Rosenberg had been caught with more than a half ton of dynamite, and Evans was convicted of helping to bomb the US Capitol in 1971.

Perhaps the most famous example of bailing out a political associate was Gerald Ford’s pardoning of Richard Nixon in 1974, after Nixon resigned in shame amid the Watergate scandal. Ford’s decision spared Nixon an upcoming congressional investigation into his alleged obstruction of justice, allowing Nixon to retire from public life in peace. Likewise in 1992, George H.W. Bush decided to pardon a host of top Reagan administration officials, including Defense Secretary Caspar Weinberger, for their involvement in the illegal sale of arms to Iran to fund right-wing Contra rebels in Nicaragua.

And, while Trump’s pardoning of four war criminals is shocking, it is not unprecedented. Richard Nixon freed Lt. William Calley from an Army stockade in 1971, several months after he was sentenced to life behind bars for 22 counts of premeditated murder in the now-infamous 1968 My Lai massacre in Vietnam. Nixon underestimated the backlash that freeing Calley would trigger, telling Henry Kissinger in private that “most people don’t give a s**t” about Vietnamese civilians, yet the commutation was credited with turning public opinion against the war in Vietnam. 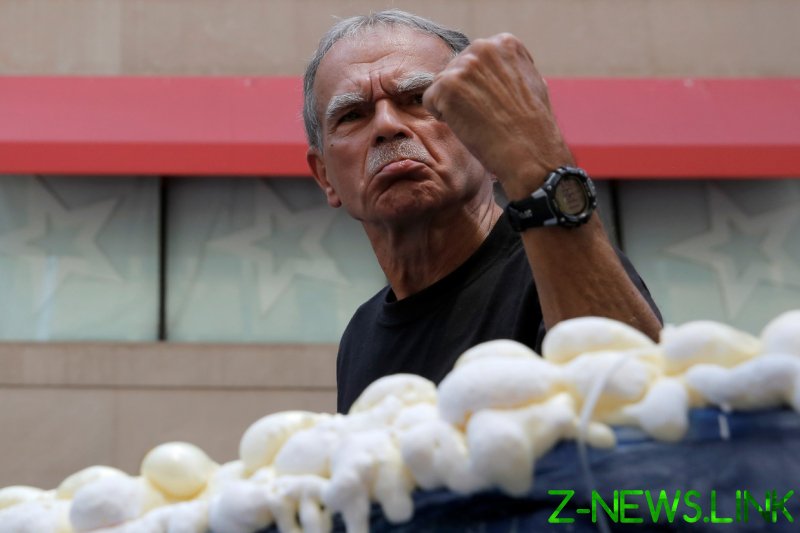 Barack Obama earned acclaim for commuting the prison sentence (an act distinct from pardoning) of Army whistleblower Chelsea Manning. However, Obama also gave clemency to Oscar Lopez Rivera, a Puerto Rican terrorist whose paramilitary organization, the FALN, carried out more than 130 bombings in the US between 1974 and 1983.

While a handful of news outlets protested Rivera’s release from prison, he was referred to by the Guardian as a “Puerto Rican independence activist,” and by the Boston Globe as a man who “deserves freedom.”

Rivera’s organization killed at least six Americans, committed robberies, threatened to blow up a nuclear facility, and took hostages at both the Carter-Mondale election headquarters in Chicago, and the George H.W. Bush campaign headquarters in New York in 1980, before plotting the kidnapping of Ronald Reagan’s son a year later. However, Obama wasn’t the only US president to treat the FALN to a pardon. Jimmy Carter released three FALN gunmen from prison in 1979, after they shot at members of Congress from the House gallery in 1954, wounding five. Bill Clinton pardoned another 16 members of the organization in 1999.

Despite the media’s talk of debasement and corruption, Trump’s use of pardons has so far been consistent with that of his predecessors. Trump, however, has been relatively restrained in his use of that power, pardoning fewer people than any president in history. Barack Obama stands out in recent history, having issued 1,927 pardons by the time he left office in 2017. Trump, to date, has issued 73.

With less than a month to go until Joe Biden’s inauguration, Trump still has ample time to close the gap. Pundits and activists on both sides of the political aisle have called on the president to pardon WikiLeaks founder Julian Assange and NSA whistleblower Edward Snowden, as well as ‘Silk Road’ founder Ross Ulbricht. More fringe candidates floated by Trump’s supporters include Joe Exotic, the flamboyant and mentally disturbed zookeeper made famous in Netflix’s ‘Tiger King’ documentary series.