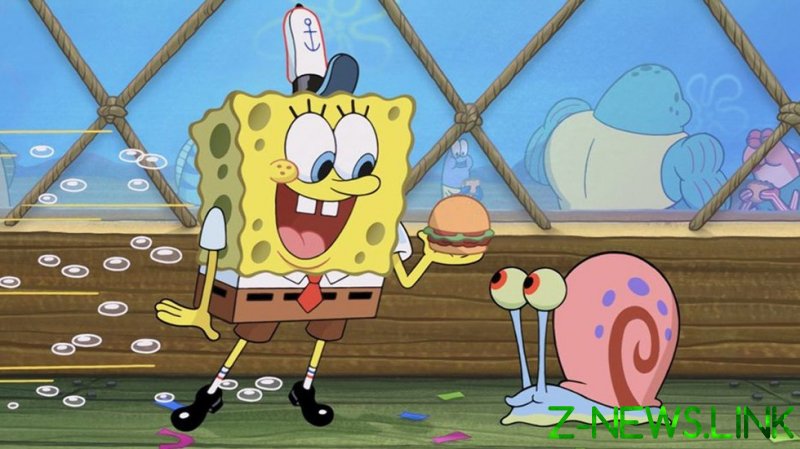 Both ‘Mid-Life Crustacean’ – a 2002 episode where Mr. Krabs has a mid-life crisis – and ‘Kwarantined Krab’ – a 2019 episode where the Krusty Krab is placed under quarantine to contain a case of ‘Clam Flu’ – are unavailable on the Paramount+ streaming service, which serves as the digital home for all Nickelodeon content as well as other properties owned by ViacomCBS.

‘Mid-Life Crustacean’ was left off the streaming service due to a scene where SpongeBob, Patrick, and Mr. Krabs go out on a “panty raid,” rummaging through a woman’s underwear drawer which turns out to belong to Mr. Krabs’ mother.

Perhaps more unexpectedly, ‘Kwarantined Krab’ has been taken out of circulation due to its similarities with the current Covid-19 pandemic.

A Nickelodeon spokesperson told gaming news outlet IGN that because the plot “centers on a virus storyline,” they “have decided to not air it due to sensitivities surrounding the global, real-world pandemic.”

The spokesperson also confirmed the removal of ‘Mid-Life Crustacean’ due to “some story elements” not being “kid-appropriate,” but they noted that it has been out of general circulation since 2018.

According to the SpongeBob encyclopedia, ‘Kwarantined Krab’ was also left out of the recent season 12 DVD boxset released in January, despite the collection being billed as the “Complete Twelfth Season.”

Paramount+ is not the only streaming service to have purged older content for fear of offending viewers today.

Disney+ recently made several classic movies, including ‘The Aristocats’, ‘Dumbo’, and ‘Peter Pan’, unavailable to children on the platform, while other old Disney movies – like 1946’s ‘Song of the South’ – are completely absent due to their dated racial themes and stereotypes.