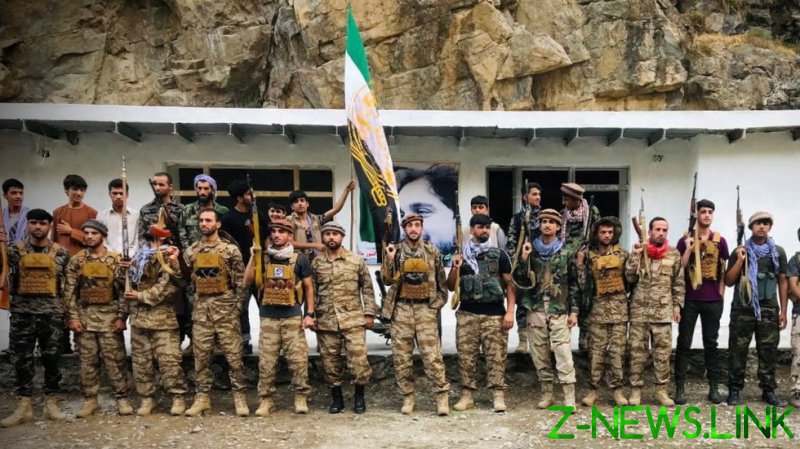 “It’s not a big problem. It’s just two men, who would like to continue the war, Amrullah Saleh and Ahmad Massoud,” Zabihullah Mujahid told the Russian media on Thursday. Mujahid, who has been appointed information minister in the Taliban-installed government, was referring to the so-called Panjshir resistance in the north of the country.

The Panjshir Valley, an easily defendable area some 150km (93 miles) north of Kabul, was a stronghold of defiance against the Taliban after it seized control of Kabul and large swaths of the country during the Afghan civil war in the 1990s. The resistance was led by Ahmad Shah Massoud, a charismatic militia commander who rose to prominence as a US-backed anti-Soviet guerrilla fighter.

Ahmad Massoud is the son and heir of the revered mujahideen warlord. Saleh was a member of Shah Massoud’s fighting force, before making a career in the government of President Hamid Karzai. He served as vice president in the now-toppled Afghan government and fled to Panjshir amid the Taliban takeover, declaring himself acting president.

The ‘Resistance II’ group made several attacks from its home base last week, but the Taliban forces reportedly pushed them back, recapturing the districts of Bano, Deh Saleh and Pul e-Hesar in Baghlan Province, which borders Panjshir Province.

“We have repeatedly called on Ahmad Massoud, urging him to resolve our differences through negotiations. There is no need for fighting. We have not heard back from him,” Taliban official Mujahid said.

He added that the refusal didn’t bother the militants much, since they have enough military strength “to keep the situation in the Panjshir Valley under control.”

Massoud is using his father’s legendary reputation and contacts with old mujahideen commanders to rally support for his cause. He also publicly pleaded with the US and other Western nations, urging them to provide weapons, ammo, and other support for his militia, pledging to fight against the Taliban. But his ability to gain momentum outside of his own tribe and pose a credible military threat to the Islamist movement remains in doubt.