Pandemic: the end of the beginning 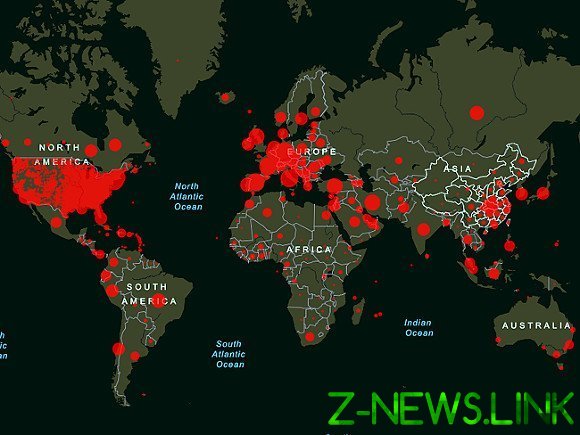 It is clear that kovid is much worse than the flu that quarantines give a temporary reprieve and the world ahead of the long months of special regime.

It seems like the epidemic has always been. Although outside of China it lasts for less than three months. COVID-19 — a new disease, about which so far we know much less than tell the public the experts, Amateurs and irresponsible part of professionals.

It is unclear for example whether the second wave of the epidemic where the first seems to be depressed. All the forecasts are for this reason described, is purely hypothetical and based on analogies with the spread of several other contagious diseases.

It is also unknown whether the impact of kovid health “asymptomatic” — those who have the disease, as if not noticing her. Half of those infected. The imaging seems to be fixes they have signs of pneumonia. But should something serious, too early.

There is no reliable information about the fact whether they have been ill immunity, and if so, for how long. Experts have split into several sects for this reason.

But one question cleared now. For kovid dissidents, opponents of quarantines and restrictions were very important thesis that COVID-19 not much more dangerous than the flu. Therefore, they say, widespread failures due to his habitual way of life — manifestations of panic, hysteria or conspiracy. Interestingly, among the supporters of this position, there is no reason such who are in serious form, he had Kovalam.

Meanwhile, already beginning to appear in the statistics of total deaths for March and partly for April, which is obviously “arguing” with dissidents. Here is a fresh Italian statistical office. Choose the region of Lombardy province of Bergamo, the municipality of Bergamo. This small town (120 thousand inhabitants) became the first characters of the pandemic. There was supposed to be contracted 60-70% of the inhabitants.

From the graph showing the total number of all registered deaths, it is clear that from 1 January to 6 March 2020 died 288 people (for the same day 2019 — 283). Because in the summer months in Bergamo die slightly less often, perhaps two or three dozen of these deaths were caused by the effects of seasonal flu.

Subsequent partial month (until 4 April 2020) statistics reports 695 deaths versus 115 for the same period in 2019, And these nearly 600 additional deaths — not all the dead from kovida. The people there continued, albeit at a slower pace, to die for all of April, and even now, reported a daily Italian kovid-mortality only two and a half times lower than they were at the peak in late March.

By the most optimistic estimates, the pandemic has killed or will kill not less than 1% of the infected inhabitants of Bergamo. And realistic — about a hundredth of all its citizens. Such is the price of achieving “herd immunity” that may be, still doesn’t work.

So the quarantines imposed, albeit in different forms, all in any well-equipped countries — is a natural reaction to the rapid spread of unexplored and quite terrible disease. It is quite normal that such a trouble trying to stop.

But no less natural that a radical quarantine can’t last long. Now they are everywhere prepared to weaken, and in some places already begun to do so. Peoples, economies and national financial systems, there are limits of strength. On the other hand, there is a hope (though not certainty) that due to quarantine the pandemic is on the wane.

Is it really so? The answer can only be partial.

I’m not going to pretend to know at what stage of the epidemic our country now. My opinion coincides with the conclusion of the St. Petersburg sociologist Yelena Bogdanova, done after trying to understand the jumble of public statements: “Until recently it was possible to think that someone has reliable information on the number of infected, diseased, dead from COVID, but does not make it available to the General public. The events of recent weeks have shown that perhaps there is simply no reliable data”.

Hardly anything definite can be said about the scale of the epidemic in closed, like China, or in a clearly undeveloped countries. After all, if you believe the official figures, in Indonesia, Pakistan, Bangladesh, or Nigeria deaths from kovida less than in Russia. And each of those powers naselenie our. Whether that is a sign that there are better? I don’t think.

The information, at least in General terms, like truth, is only available on the Europe (to the West of the former Soviet border), North America and the rich Nations of Southeast Asia. Will use data that it collects and publishes the website worldometers.info. Basically it is official, ie, obviously incomplete figures. But at least you can compare with each other.

There are several countries and territories, where disease control measures was carried out swiftly, deliberately and without delay with the mass testing. They spread kovida quickly managed to stop (the pessimist will say — suspend). This, for example, South Korea (250 dead, 57 tests for each of the identified infected), Australia (respectively 80 and 79), Taiwan (6 and 140).

And anyway, in almost all countries where it was possible to drastically reduce the scale of the epidemic spared no effort and cost to conduct tests. This helped the authorities to work not blindly, and to identify foci of infection. Here the number of tests made on one identified infected in countries where victims of the epidemic was moderate or small: 29 — Czech Republic, 20 — in Israel, 15 in Canada.

But in the United States is less than 6 tests on single infected, almost 60 thousand people (2.5 times more per million inhabitants than Canada). And in new York state that has suffered more than any European country (it accounts for 40% of all American victims of the epidemic), made only 2.5 test identified one of the infected. In this state, the actual proportion infected is not really known, but unlikely less than 10% of the total population. However in the US the number of daily deaths has been declining for the second week.

In most countries of Europe (without Russia and former Soviet States), the daily number of deaths of critically ill patients and newly infected also goes down. While clearly two geographical areas with approximately equal population. The contrast between them is striking. The generally accepted explanation yet.

In the Western zone with 270 million inhabitants, according to official data understated killed 110 thousand people. Is the United Kingdom, Ireland, Belgium (the most affected of all or the most reliable in the calculations), the Netherlands, France, Switzerland, Spain, Italy. The number of victims per million inhabitants here from 200 to 600.

Sweden (233 fatalities per million) is very different from bordering Norway (38) and Finland (35) and the scale of the disaster ought to belong to Western zone. But say that in Sweden there is no quarantine. Not de jure, as de facto at the request of the government, it is there. But it works bad. And not so much because of “voluntariness” as due to the incompetence of the authorities, too lazy to organize the testing, who didn’t care about protection, indifferent to the fact that nursing home personnel infect their inhabitants. It is unclear, therefore, whether moving to Sweden now epidemic decline or have right to collective immunity, as in Bergamo.

Today’s world situation can be called the end of the beginning of the pandemic kovida. Coronavirus swept the planet. Humanity responded with quarantines, which seems to have stopped the spread of infection. Now quarantines on, and where not, will be softened.

In case of success, i.e. if relief is not will respond to new outbreaks, the coming months will be a time of special regime — careful, clamped restrictions of life in anticipation of public testing, effective drugs and vaccines.

Well, the failure will further divide the world. Someone erected a new fence, higher than the current. And someone give up and accept the experiment of collective immunity.