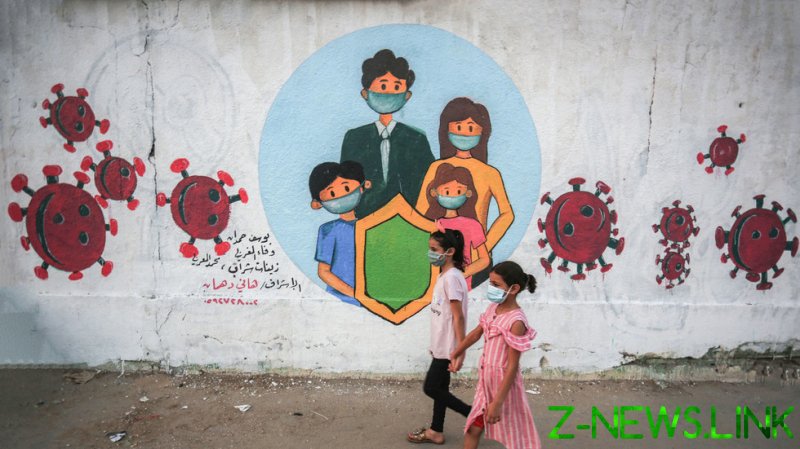 Researchers at Vanderbilt University Medical Center figured out that children have lower levels of a receptor protein that SARS-CoV-2 – the virus that causes Covid-19 – needs to invade the lungs.

“Our study provides a biologic rationale for why particularly infants and very young children seem to be less likely to either get infected or to have severe disease symptoms,” explained Jennifer Sucre, an assistant professor of pediatrics who led the research.

When a virus particle is inhaled into the lungs, protein ‘spikes’ latch on to the ACE2 receptor, which lies on the surfaces of certain lung cells.

A cellular enzyme produced in mammals called TMPRSS2 then chops up the spike protein, allowing the virus to “break into” the cell by fusing with the cell membrane. After completing the infiltration, the virus then hijacks the cell’s genetic machinery and uses it to replicate itself.

The scientists were inspired to investigate whether the TMPRSS2 enzyme could explain why older people experienced much more severe symptoms than children.

“Our research has always focused on understanding lung development and how infant lungs differ from adult lungs in their vulnerability to injury,” Sucre said. “In this study we actually took the opposite approach, and were able to see how the developing lung by its differences is protected from SARS-CoV-2 infection.”

They found that the gene for the ACE2 receptor was expressed at low levels in the mouse lung. Meanwhile, TMPRSS2 had a striking trajectory of increased expression during development.

The team then carried out analysis of human lung tissue collected from donors of different ages and found similar results as they had seen in mice. The enzyme that lets the virus break into the cell increases significantly with age.

The boffins believe that the enzyme could be utilized in treating people who contract the virus and as a means of preventing high risk people from being exposed.