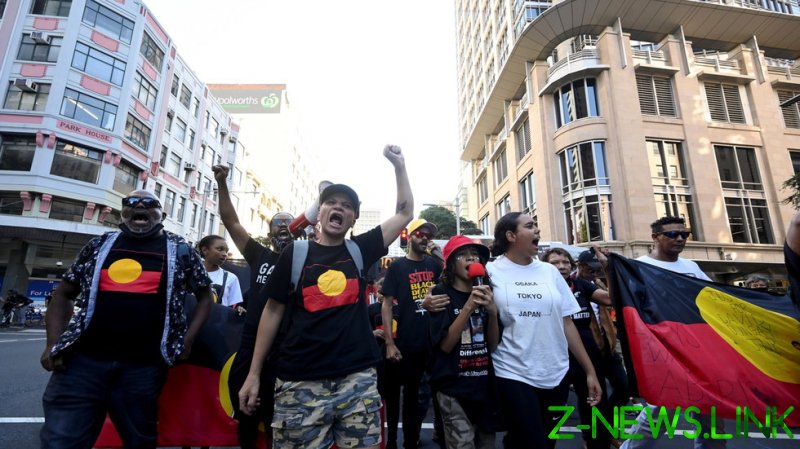 Protests and marches took place in cities, including Sydney, Melbourne and Brisbane on Saturday, with more rallies expected in Adelaide and Perth on Thursday. People held ‘Black Lives Matter’ signs and placards with ‘Stop Black Deaths in Custody.’

The demonstrations mark the 30th anniversary of a seminal government report on aboriginal deaths in police custody. Activists argue that little has been done since then to advance the protection of indigenous people, as more than 470 of them died in detention in the last three decades, according to local media.

TV channel ABC said more than 300 recommendations to improve the treatment of indigenous people were made in 1991, but “few” have been implemented. SBS, meanwhile, reported that around a third of the country’s prisoners are indigenous, despite this group making up only 3% of the population.

“Our people continue to die at horrific rates. There is no accountability, and no justice,” NATSILS, a legal services group for indigenous people, said in a statement, urging Australia’s Prime Minister Scott Morrison to meet with the families of those who have died in detention.

“Recommendation after recommendation being ignored completely,” actor Meyne Wyatt told the crowd outside Sydney’s city hall. “You sick of hearing about racism? I’m sick of f**king talking about it,” he said.

Protesters were particularly frustrated that five indigenous persons died in police custody since the beginning of March. The last case was a 45-year-old man who passed away this month in a hospital, where he had been transferred for a medical procedure from a Perth prison. The exact cause of death was not reported.

Organizer Lizzie Jarrett told media that such cases are a sign of “a pandemic against our people.”

Australian flags, including the black, yellow and red flag representing indigenous people, were flying at half-mast on Saturday – in honor of Prince Philip, Queen Elizabeth II’s husband, who had passed away the previous day in the UK. Some complained online that the aboriginal flag should not have been lowered to mourn a “colonizer,” and argued that the gesture was insulting and disrespectful to the country’s indigenous population.

It was “appalling” that the flag was put at half-mast “not for Aboriginal deaths in custody, but an English prince,” a person wrote on Twitter.

Elizabeth II is the titular monarch of Australia, a former British colony.

Minister for Indigenous Australians, Ken Wyatt, wrote an op-ed for the Weekend Australian newspaper on Friday, in which he admitted that there is “still work to be done” to address the “over-representation” of indigenous people in prisons. 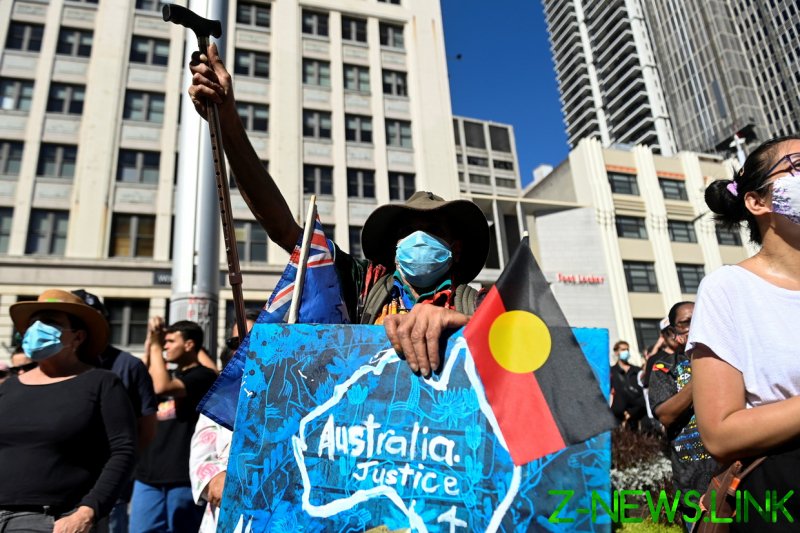 Protests against police brutality and racism in Western countries were catalyzed last year by the death of George Floyd during a botched arrest attempt in Minneapolis, Minnesota. Some of the rallies were followed by riots and looting. The protests also jump-started a larger conversation about the legacy of colonialism and slavery, as well as the systemic discriminatory practices of non-whites.