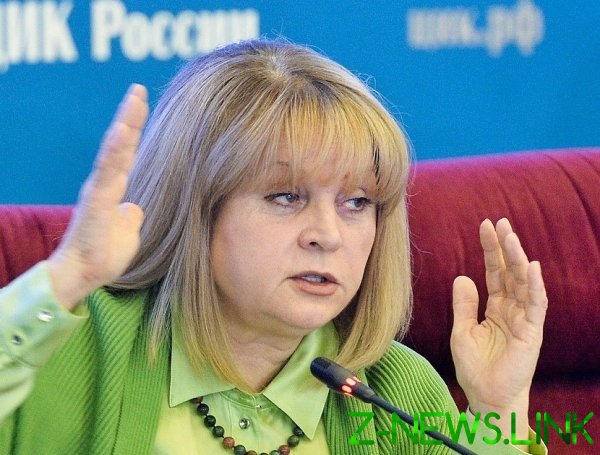 The Chairman of the Central election Commission Ella Pamfilova said that the press was “all nonsense”, which discreditied the work of the Commission.

MOSCOW, March 4. /TASS/. The Chairman of the Central election Commission of Russia, Ella Pamfilova said that the best the Commission’s response to the criticism of journalists would be honest and transparent work of the Commission on organization of the all-Russian vote on the draft law on the amendment of the Constitution.

“There are a lot of stupid things that passed in the press, lies, any kind of interpretations, gossip, rumors [on the work of the CEC in preparation for the vote]. In General, a lot of things intended to discredit our work,” – said Pamfilova.

She urged journalists to ask questions on voting, if any, directly to the CEC.

Pamfilova added that the best response to critics “to be honest, open, transparent and principled activity” of the CEC. She also thanked the media, which is “honestly and professionally, without distorting, bring information to the citizens.”

The state Duma on January 23 unanimously adopted in the first reading introduced by the President of the Russian Federation Vladimir Putin, the draft law on the amendment of the Constitution. The document provides including expansion of the powers of Parliament, the constitutional court, the prohibition of senior officials to have a residence permit in other countries, limiting the number of presidential terms, the priority of the basic law over international agreements and strengthening the social commitments of the state.

Also the President’s bill provides for a nationwide vote on the law on the amendment of the Constitution. As expected, the second reading of the bill will pass in the state Duma on 10 March, a national voting on April 22. Putin has repeatedly stressed that changes to the Constitution will take effect only upon approval by the citizens.