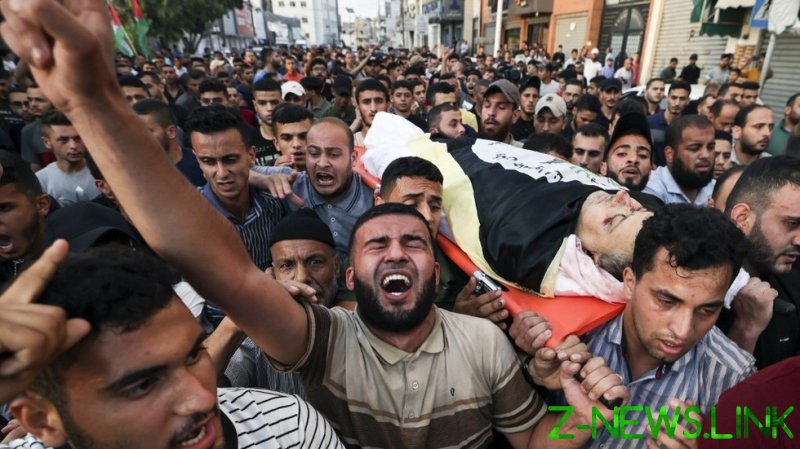 Palestinian Islamic Jihad leader Ziyad Al-Nakhala said on Friday that his group would target the Israeli capital, Tel Aviv with missiles “in the coming hours.” Earlier, Israel killed a senior commander of the militant organization in an airstrike.

“Metropolitan Tel Aviv will be one of the targets of the resistance missiles, and the coming hours will prove to the enemy that all the resistance forces are one and we will fight them as one man,” Al-Nakhala said in remarks reported by Palestine’s Quds News Network.

The Israel Defense Forces (IDF) have meanwhile deployed Iron Dome missile defense batteries near the cities of Beersheba, Tel Aviv, and Jerusalem. Flights have been diverted from Ben Gurion Airport in Tel Aviv and bomb shelters in the city have been made ready, the Times of Israel reported.

The IDF launched airstrikes on the Palestinian enclave of Gaza earlier on Friday, killing PIJ commander Taysir al-Jabari. The strikes, dubbed ‘Operation Breaking Dawn’ by the IDF, targeted between 10 and 20 PIJ terrorists, and killed members of a “terrorist squad” who were “on their way to carry out an anti-tank missile and sniper attack,” the Israeli military claimed. 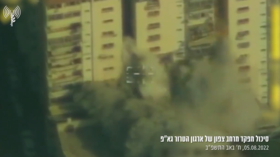 Palestinian officials said that, apart from al-Jabari, at least seven people were killed in the strikes, including a five-year-old girl, and more than 40 were injured.

The dramatic escalation in Gaza came after Israeli officials warned for days of impending strikes from the PIJ. The warnings began after Israeli forces arrested the group’s West Bank leader, Bassem Saadi, in the city of Jenin on Monday. A Palestinian teenager was killed in the raid on Saadi’s home, triggering outcry across the Palestinian territories and prompting the PIJ to place its fighters on high alert.

While Hamas, another Palestinian militant group, was not targeted in Friday’s operation, it put out a statement shortly after al-Jabari’s death was announced, saying “the blood of our people and the resistance are not shed in vain.”