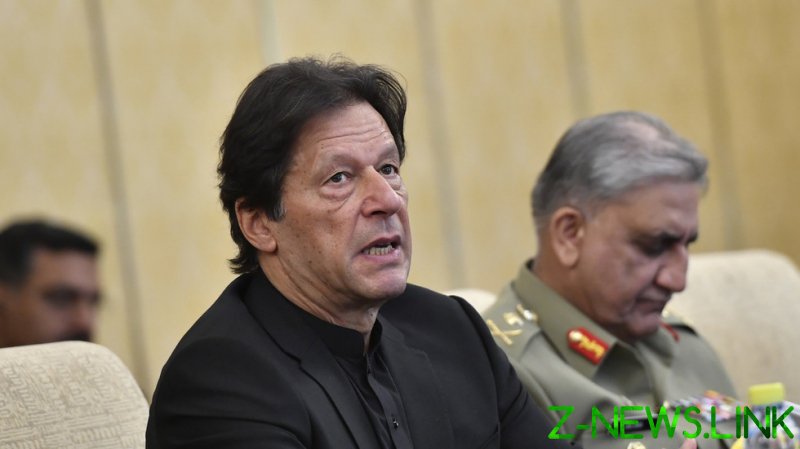 Pakistan’s National Assembly has passed a vote of no-confidence against Prime Minister Imran Khan on Sunday, with 176 lawmakers out of 342 voting against him. The speaker of the parliament’s lower house Asad Qaisar, who is also a member of Khan’s party, announced his resignation after adjourning the house three times throughout Saturday.

Khan PTI’s party effectively lost its majority in the National Assembly in March when seven MPs from its coalition partner decided to join the opposition’s ranks. The rivals accused the cricket star-turned-politician of mismanaging Pakistan’s economy, battered by the Covid-19 pandemic, as well as mishandling Islamabad’s foreign and internal policy.

Sunday’s motion means that Khan’s five-year term has ended early, much like that of all previous prime ministers of the country.

The opposition will now put forward their own candidate to replace Khan as PM. On March 21, Maryam Nawaz, the vice president of the Pakistan Muslim League-Nawaz party – the country’s leading opposition force – told journalists that the party had nominated Shehbaz Sharif as its candidate for the office, which was confirmed by Sharif himself on Thursday. 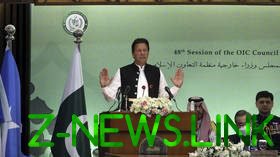 Khan, in turn, had previously claimed that the opposition was doing a foreign power’s bidding, and that an “imported government” would be installed in Pakistan should he be ousted. In his Friday night address, the politician vowed that he would put up a struggle, calling on his supporters to take to the streets.

Khan previously pointed the finger at the US, which he said wanted him gone, for his attempts to carry out an independent foreign policy and his visit to Moscow in late February. The politician claimed to have a recording from the Pakistani ambassador in Washington proving the allegations.

On Monday, Russian Foreign Ministry spokeswoman Maria Zakharova suggested that Washington was trying to “punish an unruly Imran Khan,” describing efforts to remove him from power as “yet another attempt to unashamedly interfere with a sovereign nation’s internal affairs.”

The US State Department has denied claims that it was behind the vote of no-confidence, with spokesperson Jalina Porter describing Khan’s allegations as “absolutely not true.”