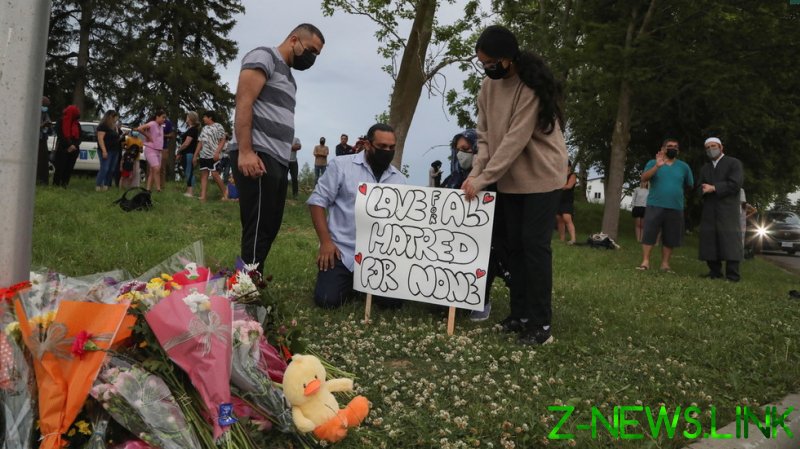 A similar sentiment was expressed by Khan’s minister for human rights, Shireen Mazari. She called the suspected perpetrator of the attack a “Canadian terrorist” and said xenophobic hatred is “becoming endemic across the globe.”

The truck-ramming attack claimed the lives of four members of a Canadian Muslim family. The victims were identified as a 46-year-old man, his 74-year-old mother, 44-year-old wife, and their 15-year-old daughter. Their nine-year-old son survived the attack and is in the hospital with serious injuries. The victims immigrated to Canada from Pakistan 14 years ago, local media said.

A 20-year-old suspect was arrested and charged with four counts of first-degree murder and one count of attempted murder. He didn’t have any obvious links to the targeted people and apparently attacked them because he hates Muslims, the police said.

The assault was widely condemned by leaders of the Muslim community and other public figures in Canada. Prime Minister Justin Trudeau said he was “horrified” by the news and expressed support to those “who were terrorized by [the] act of hatred.”