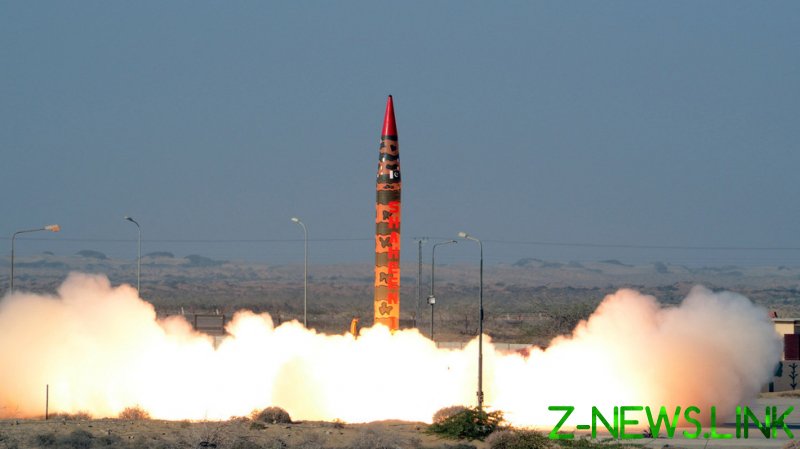 The army’s media department, Inter-Services Public Relations (ISPR), confirmed in a statement on Friday that a test of the Shaheen-1A missile, which has a range of 900km, had been successfully completed.

ISPR said the test was aimed at “re-validating various design and technical parameters of the weapon system, including advanced navigation system.”

Officials from the strategic plans division and strategic forces, as well as engineers and scientists belonging to both groups, witnessed the test, and Prime Minister Imran Khan congratulated the army.

This is the latest such event in recent months, with Pakistan having conducted a similarly successful test of the Babur cruise missile in February. That weapon has a range of 450km and is designed at “engaging targets at land and sea with high precision.”

The missile test comes amid tense relations between India and Pakistan over Kashmir, though both sides agreed to uphold a ceasefire in the region last month.

While a ceasefire between the two sides has technically been in place in the disputed territory since 2003, it has been frequently breached, with India and Pakistan clashing along the Line of Control (LoC) as recently as 2020.

Kashmir, to which both countries lay territorial claims, has long been the cause of heated rhetoric, with the two nations coming to the brink of all-out war in 2019, after a terror attack killed more than 50 troops.