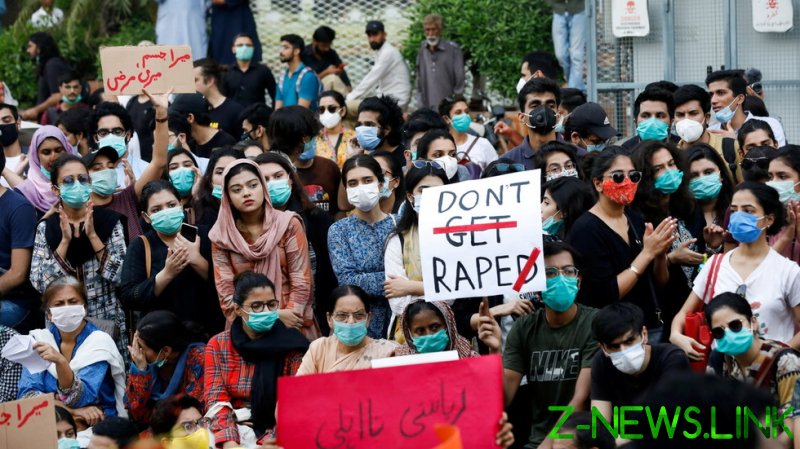 The controversial clause in a bill amending criminal law in Pakistan was dropped before the National Assembly voted on it on Wednesday, a parliament official said on Friday. If it were passed, it would have been unconstitutional, Parliamentary Secretary for Law and Justice Maleeka Bokhari explained. The basic law of the country requires all its laws to be in line with the Sharia and the Koran.

Bokhari said the decision to drop the clause was taken due to objections from the Council of Islamic Ideology, a constitutional body that advises the government of Pakistan on the intricacies of Islamic law.

The bill amends Pakistan’s Penal Code and Criminal Procedure Code to streamline investigations and prosecutions of sexual crimes as part of wider anti-rape reform. Some conservative lawmakers vocally argued against the castration clause as the piece of legislation was moving towards approval. Senator Mushtaq Ahmed from the Islamist Jamaat-i-Islami party argued that rapists should be hanged publicly, while castration was never mentioned in Sharia.

A separate bill also approved by the parliament on Wednesday introduces a system of special regional investigators for rape allegations to be appointed by the prime minister, as well as new protections for victims, and punishments for officials who fail to investigate their complaints properly. Among other things, it makes evidence that a victim is “generally of immoral character” inadmissible in court.

The reform is necessary because currently deterrence of sexual crimes in Pakistan is undermined by “poor investigation, archaic procedures and rules of evidence and delay in the trial,” the bill said.