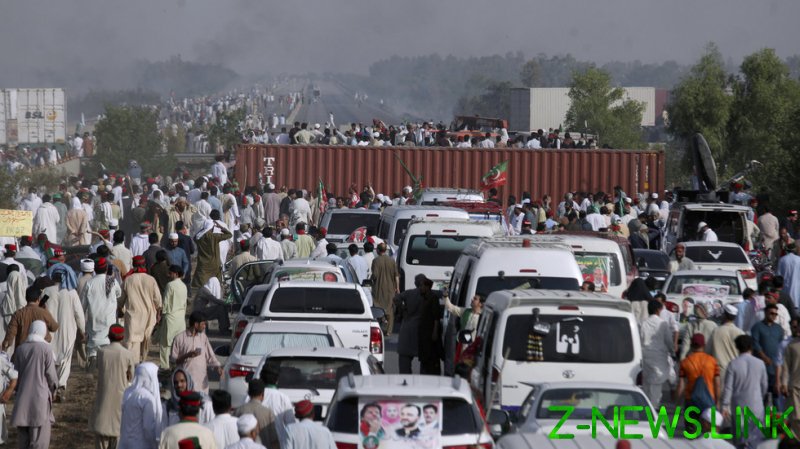 The government of Pakistan authorized the deployment of the military to protect its headquarters in Islamabad in the early hours of Thursday, as thousands of protesters loyal to the former PM Imran Khan took to the streets. Khan marched on the capital on Wednesday to demand the “imported government” call early elections.

Interior Minister Rana Sanaullah tweeted out that the army will be deployed to protect “important government buildings” under Article 245 of the Pakistani Constitution.

“Among the buildings that will be protected are the Supreme Court, Parliament House, Prime Minister House, Presidency, Pakistan Secretariat and Diplomatic enclaves,” he said in the notification.

The first four buildings are located in the vicinity of the town square commonly known as D-Chowk, the objective of Khan and his followers. On Wednesday, while still 50 kilometers away from Islamabad, the ousted PM called on his supporters to assemble in D-Chowk and not vacate the square until the “imported government” announces new elections.

Videos posted on social media by Khan’s PTI (Pakistan Movement for Justice) party showed him at the head of a caravan of cars, entering Islamabad to cheers from the crowd.

“The Pakistani people have announced their decision!!” the party said in another video.

Though another PTI video showed some police officers welcoming Khan’s caravan, there were also reports of police using batons and tear gas against the protesters.

Khan seemed confident the police would join his cause, according to the daily Dawn, saying the officers will come to realize his caravan is about “jihad and not politics.” The former PM called on “all Pakistanis” to take to the streets, saying their presence would “send a message across Pakistan that the nation has rejected this imported government.” 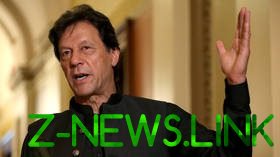 READ MORE: Was the US involved in Pakistani PM’s departure, as he claims?

The former cricket star turned politician was ousted in a no-confidence vote in early April and replaced with Shehbaz Sharif of the Pakistan Muslim League (PLM-N). He is the brother of former PM Nawaz Sharif, who had been disqualified over allegations of corruption.

Khan had just concluded a series of trade deals with Russia. Ahead of the vote, he strongly suggested the US was the outside power that wanted him gone.