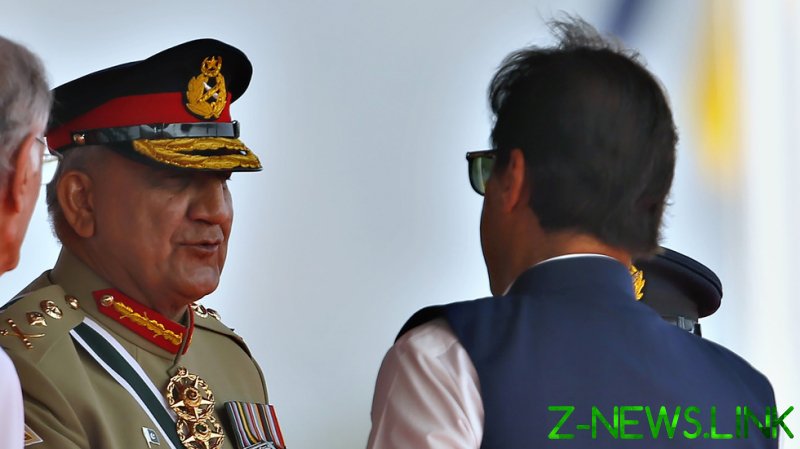 The influential chief of the Pakistani Army, General Qamar Javed Bajwa, has said his country has an “excellent” relationship with the United States, and wants to expand it without damaging similarly important strategic ties with China.

“We seek to broaden and expand our ties with both the countries without impacting our relationship with the other,” he said.

In his speech, the general notably departed from embattled Prime Minister Imran Khan’s position of neutrality over the Russia-Ukraine conflict. While acknowledging the “legitimate security concerns of Russia,” he insisted that Moscow’s “aggression against a smaller country cannot be condoned.”

“Pakistan has consistently called for an immediate ceasefire and cessation of hostilities. We support immediate dialogue between all sides to find a lasting solution to the conflict,” he stated, adding that the “Russian invasion against Ukraine… is a huge tragedy that must be stopped immediately.”

Facing a no-confidence vote on Sunday after losing his parliamentary majority following multiple defections from his party, PM Khan repeatedly claimed in recent weeks that a “foreign-backed conspiracy” was behind the move to oust him, noting that it was being financially backed by millions of dollars in foreign money and “our people are being used.”

He suggested it was his refusal to join the US and NATO in condemning Russia’s military operation in Ukraine that had triggered the conspiracy.

Adding credibility to these allegations, Information Minister Fawad Chaudhry claimed on Friday that the country’s security agencies had reported a plot to assassinate Khan, the second such claim this week. PTI leader Faisal Vawda had earlier claimed Khan’s refusal to “sell the country” was behind the bid to have him killed. 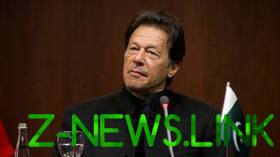 Pakistan has a long history of coups and has been under military rule for nearly half of the nation’s existence, with no Pakistani PM ever completing a full term. The prospect of Khan surviving a no-confidence vote are slim, as his supporters in parliament are outnumbered and he is said to be at odds with the influential top military brass.

On the eve of the vote, Khan called on his supporters to “peacefully protest” against the alleged “international conspiracy hatched by the US.” In response, the leader of the opposition in the National Assembly, Shehbaz Sharif, who is slated to become the next PM, accused Khan of “trying to divide the nation and pushing the country towards a civil war.”