Home / policy / PACE will hold a debate on the education act

PACE will hold a debate on the education act 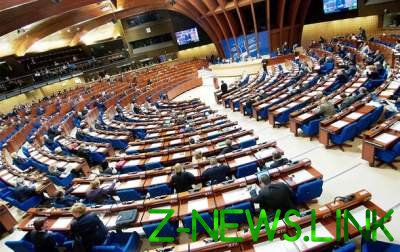 Meeting of Ukrainian law will be held on October 12.

The parliamentary Assembly of the Council of Europe on 12 October, will hold a debate about the new Ukrainian law on education. The corresponding item in the agenda of the autumn plenary session of PACE was immediately included in the Bureau meeting of the organization.

The initiators of the tabling of the session of the Ukrainian law have become members of the national parliaments of Hungary and Poland.

Also, according to parliamentary sources, the Polish and Hungarian MPs urged to support the initiative of representatives of the Armenian delegation.

As reported, on September 5 the Verkhovna Rada adopted the law, which begins the education reform in Ukraine. This document, in particular, specifies that the language of the educational process in educational institutions is the only state language. The languages of national minorities, including Russian, will be studied only till the fifth grade, but in 2020 this rule will not be education in Ukraine will be Ukrainian as a whole.

The Minister of foreign Affairs of Hungary Peter Siyyarto appealed to the UN high Commissioner for human rights to conduct an investigation because of the Ukrainian law on education.