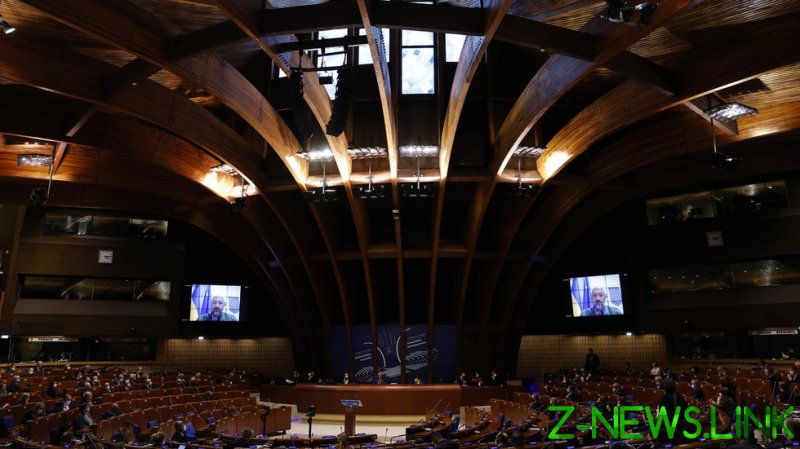 The Parliamentary Assembly of the Council of Europe voted on Tuesday evening to expel Russia from the organization in the wake of the country’s offensive in Ukraine: 216 of 219 delegates voted for the exclusion, with three abstaining.

“Through their actions in Ukraine the Russian authorities deprive the Russian people of the benefit of the most advanced human rights protection system in the world, including the jurisdiction of the European Court of Human Rights and our vast convention system,” the statement reads.

The decision of the PACE was praised by Ukrainian Minister of Foreign Affairs Dmytro Kuleba, who tweeted on Tuesday evening that this “needed to be done in 2014.”

Maria Zakharova, the official Foreign Ministry spokeswoman, said that the Council of Europe had turned into “a convenient platform for NATO’s information and political campaigns,” leaving no room for equal and efficient work.

“Everything turned to ash and dust in the Council of Europe long ago. This organization has become just an instrument for NATO propaganda, and I wasn’t stuttering just now. We have said it on multiple occasions, that it was exactly the Alliance structures and NATO member states who have largely formed the agenda in the Council of Europe through respective mechanisms,” she said on Sputnik radio.

It was announced earlier on Tuesday that Pyotr Tolstoy, the head of the Russian delegation at the Council’s Parliamentary Assembly, had handed over a letter from Foreign Minister Sergey Lavrov announcing Russia’s decision to leave the organization, pre-empting the country’s expulsion. The Council of Europe confirmed Moscow’s letter was received.

Russia is the second country to quit the Council of Europe since its formation in 1949, with only Greece temporarily leaving in 1969 when power in the country was seized in a military coup.

Moscow attacked its neighbor in late February, following a seven-year standoff over Ukraine’s failure to implement the terms of the Minsk agreements, and Russia’s eventual recognition of the Donbass republics in Donetsk and Lugansk. Russia has demanded that Ukraine officially declare itself a neutral country that will never join NATO. Kiev insists the Russian offensive was completely unprovoked and has denied claims it was planning to retake the two republics by force.