PACE decided to return to Russia 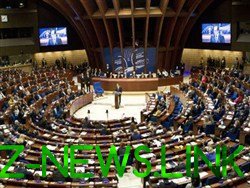 The procedural Committee of the parliamentary Assembly of the Council of Europe (PACE) published a draft resolution according to which Russia will provide space for the June session. The relevant document is published on PACE website.

“The Committee proposes to deviate from the rules of PACE, to be able to invite representatives of parliaments of member countries, which are not provided by the delegation in the Assembly of Bosnia and Herzegovina and the Russian Federation”, — stated on the website. It also notes that these countries have to prepare documents for the June session.

See also:  BPP has received millions from the budget

Earlier the President of Estonia Kersti Kaljulaid criticized the decision to restore the rights of Russia to participate in the work PACE.

The Committee of Ministers of the Council of Europe decided, opening the way for the return of the Russian delegation to PACE, during a meeting in Strasbourg on 14 may.

In April 2014 Russia was deprived of the basic powers in PACE, including the right to vote. The reason was the events in Eastern Ukraine and reunification with the Crimea. In 2015, the Assembly has twice considered the question of lifting sanctions, but the restrictions continued to operate: the Russian delegation did not participate in the work of the governing bodies of the Assembly and its monitoring missions. In June 2017, Russia froze the payment of membership dues.

See also:  The problem is not in the article, and judges