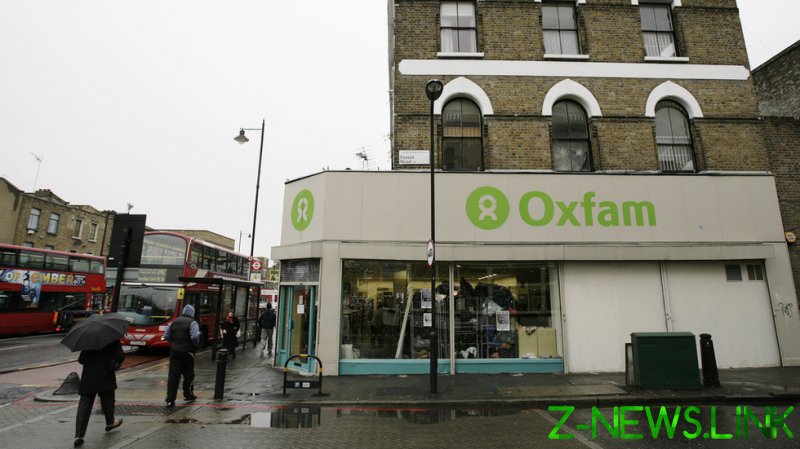 It noted that this power construct was based on “viewing white people as superior” and “underpinned by an unparalleled power structure” – the “by-product” of which was “white privilege.”

The survey, which was distributed to its 1,800-strong workforce across the country – some 88% of whom are white – reportedly asked them to state their ethnicity and whether they would describe themselves as “non-racist,” “anti-racist,” or neither.

The charity – which aims to end global poverty – deems racism to be “about much more than the behaviour of individual people” and considers its “work on racism” crucial to “progressing our wider work on decolonisation.”

The charity also said it understood “whiteness” as the “overarching preservation of power and domination for the benefit of white people.”

Compiled by a four-member working group, the document noted that “all echelons of power, to some degree, exist to serve whiteness (whether by legacy, the presence of neo-colonialism or cultural imperialism).” It also said the charity “does not recognise reverse racism.”

Predictably, the questionnaire has left some Oxfam workers angry, with one respondent telling The Times that she felt “under attack for being white, English and voting ‘Leave’ [on Brexit].” Another said the “time and money” used up on this exercise would have “better spent on the real findings that some of the men they employ are sexual predators.”

In recent years, the charity has come under fire for sex abuses perpetrated by some of its aid workers while on duty in Haiti and the Democratic Republic of the Congo.

Earlier this month, an Oxfam staff training presentation prompted similar outrage after suggesting that that reporting of rape by “privileged white women” was “contemptible” since the resulting law enforcement action disproportionately affected “black and other marginalised people.”

The presentation, titled ‘Learning About Trans Rights and Inclusion’, was reportedly part of a voluntary four-week “learning journey” with the intention of showing how “mainstream feminism centres privileged white women and demands that ‘bad men’ be fired or imprisoned.”

It was apparently accompanied by a cartoon of a crying white woman and noted that painting white women as “victims” lent support to the “root causes of sexual violence” and “legitimises criminal punishment, harming black and other marginalised people.”

The training material was reportedly created after Oxfam’s LGBT+ network demanded its management publicly support trans people and contended that debate about women’s rights issues was part of a “patriarchal and white supremacist narrative.”

While Oxfam has not yet commented on the survey, several social media users have questioned why the charity had let itself become “politicised” and “ignored their mission” in the process. Several people also warned that the effects of such actions would be reflected in the donations it receives.

One person claimed the incident showed how Oxfam was a “spent force” and would soon become another example of how to “go woke, go broke.”

London Councillor Andy Meyer noted that the survey was a “textbook” example of “creating a hostile working environment through a discriminatory policy.”

Calling out the charity for its “explicit anti-white racism,” former leader of the Brexit alliance in the London assembly Peter Whittle tweeted that it had been “entirely captured by insidious Critical Race Theory,” and urged people to “stop giving them money.”

Other users debated whether it was appropriate of Oxfam to use “non-empirical sociological interpretations of history” like “whiteness studies” for policy work, with one user claiming that such theories can be useful to “examine class conflict [and] global wealth disparity.”