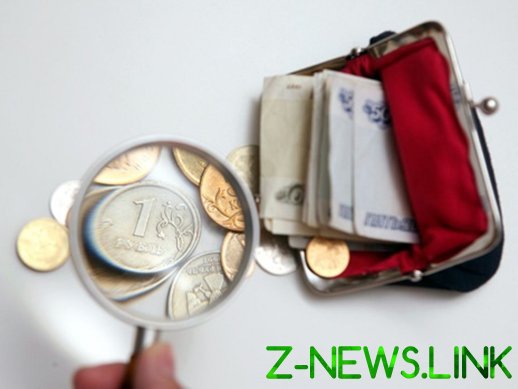 It is no secret that while in Europe was the First world war, the United States profited from it, warring countries by providing loans and supplying them different products and goods. However, the growth of wealth in the United States is directly affected not only the bankers and Industrialists, but also to ordinary workers. According to the economists of that period, the American worker before the First world worked in 5 times more effective than the Russian. And the wages Americans were 4 times higher than the Russian. The average wage in the Russian Empire in 1913 was equal to 40 rubles, or slightly less than 1 ounce of gold per month. Thus for the year Russian worker earns 12, and the us – 48 ounces of gold per year.

Because at that time the US dollar was backed by gold, it makes sense to denominate wages in gold, to assess how and what has changed over the past hundred years. At that time two and a half years of gold in the United States has accumulated more than thirty billion dollars – almost a third of the world’s supply passed into American hands. Replacement capital of us banks increased by 30 billion. The country grew rich with each passing day. Private income has doubled and even tripled. The most ordinary factory workers earn no less than $ 80 per week – this means that in 1916 an ordinary worker received nearly 16 ounces of gold per month or 208 oz a year.

Because an ounce of gold and a hundred years ago and now remains the same ounce, it allows you to assess which was the salary of the American worker, if you count it on a modern paper wrappers. And also to understand how an increased level of exploitation of workers during this period and make some assessment as an additional bonus. Based on the current exchange price of an ounce of gold, the ordinary wages of the American worker was the equivalent of 28 thousand of current dollars in a month. Now the average worker in the US earns about $ 5,500 a month, or 5 times less than in 1916. Not even considering the growth of labour productivity over the past hundred years, it gives the opportunity to assess how during this period the actions of the US Federal reserve with the substitution of the secured money unsecured paper currency increased the level of exploitation of the workers.

As for Russia, the level of exploitation of workers is even higher. The clearest evidence of this unpleasant fact may be that never in the past 30 years the average wage of Russian workers do not even reach the level of 1913. It is quite a clear indication of how the current liberal-KGB power “cares” about the welfare of the people. It is due to this “care” power of the people in our country and appear in batches of a variety of newly minted billionaires.

Although with regard to millionaires and billionaires, the millionaire millionaire strife. Especially if you compare millionaires 1913 or 1916 with the current. As the dollar millionaire the mid 1910-ies were equivalent to no less than 50 thousand ounces of gold. In our time the same ounce of the yellow metal are already about 88 million in modern us currency. Imagine that this is hardly worth it. This is only a reflection of the loss over the years, the purchasing power of the us and all other Fiat currencies, including the Russian ruble.

The firm secured the money – is a necessary condition for real economic development and the welfare of the wider society. They are fundamentally different from unsecured paper currency produced by the current private Central banks, whose main task is to ensure the redistribution of social wealth in favor of a narrow group of restricted individuals. the Issue of eliminating the current financial and industrial oligarchic model is not just a purely economic issue, it is a matter of survival of the entire human community, not the individual “best” people at the expense of all others.