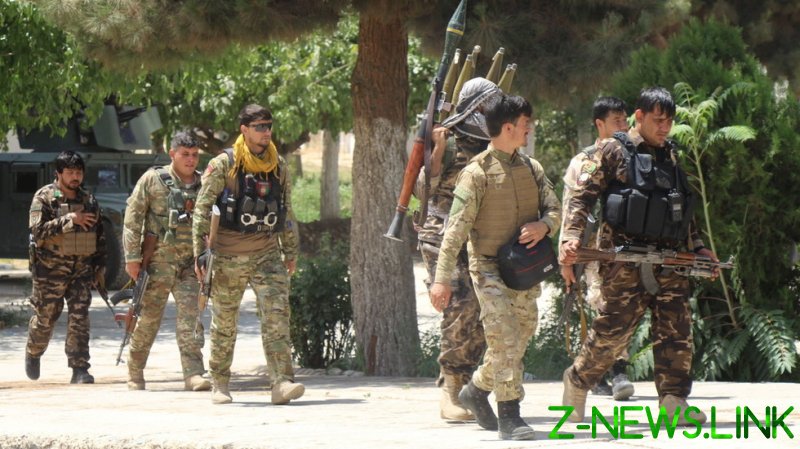 More than a dozen districts, mostly in Afghanistan’s northeastern Badakhshan Province, have fallen into the hands of the Taliban over the past 24 hours, security sources told local outlet TOLOnews.

The heavy fighting on the other side of the border was also confirmed by the military of neighboring Tajikistan.

More than 300 Afghan frontier troops had to cross into Tajik territory to avoid heavy losses amid clashes with the advancing militants, the press service of Tajikistan’s border forces told news agency RIA Novosti.

The foreign servicemen were allowed to enter “in line with the principles of humanity and good neighborliness,” it added.

The press service confirmed that the border with Afghanistan remained under the full control of Tajik forces.

The Afghan defense ministry said that, despite retreating, the government troops managed to kill at least 224 Taliban militants on Saturday.

“The security and defense forces of Afghanistan will not spare any efforts” to retake the areas that have been recently seized by the Taliban, Ministry Spokesman Fawad Aman promised.

The Taliban has intensified its activities after the US began the withdrawal of its forces from Afghanistan following a two-decade-long stay in the country. On Friday, the Americans abandoned the Bagram Airfield, which used to be their largest Afghan base. US President Joe Biden previously set a September 11 deadline for the pullout to be completed.