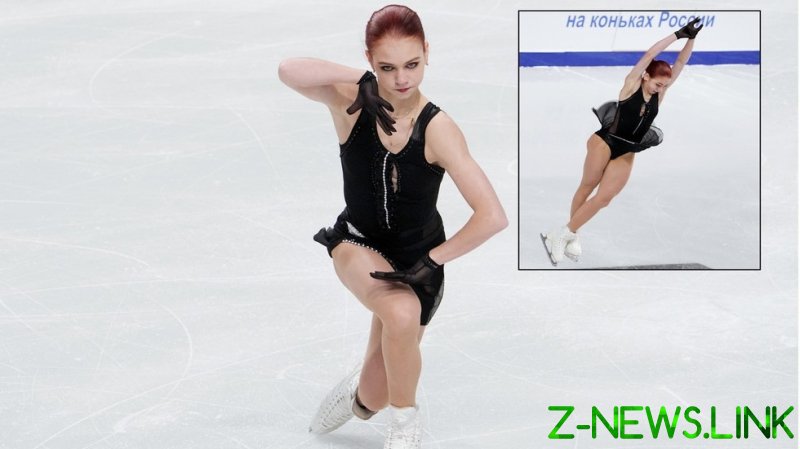 Appearing at the Russian national senior test skates event in Chelyabinsk – which provides skaters the chance to showcase their routines ahead of the new season – Trusova blew away fans and media with an incredible free skate.

The 17-year-old landed five quads in her routine – a feat which was hailed by the likes of the official Olympics website as being a historic first for a female skater.

Remarkably, Trusova suggested that the test nature of the event meant she was not getting ahead of herself at the start of a season which will include the Beijing Winter Olympics in February.

“This is not a competition, so I’m not completely satisfied,” said Trusova, who skated to the soundtrack from Disney movie ‘Cruella’.

Trusova is back under the tutelage of Tutberidze, having defected to the rival Russian camp of Olympic icon Evgeni Plushenko, only to return to her former mentor after a disappointing third-place finish at the World Championships in Stockholm earlier this year.

A former two-time Junior World Champion, Trusova has already entered her name into the Guinness Book of records on numerous occasions, having become the first female athlete to land a quad flip jump, a quadruple Lutz, and a quadruple loop jump.

However, she had never successfully executed all five quads in a routine before – until Sunday.

After Trusova’s latest achievement, fans online were in thrall to the young ice queen, with figure-skating reporter Jackie Wong writing: “That was outrageous, just outrageous.”

Trusova, however, will face typically stiff competition among the Russian contingent for the three places on the plane for the Olympics in China next year.

World champion Anna Shcherbakova, 17, will surely be in contention, as will Kamila Valieva, 15, newcomer from the junior ranks Maiia Khromykh, also 15, and former world champion Elizaveta Tuktamysheva – who at 24 is the ‘Grand Empress’ of Russian figure skating.

Whoever makes the cut for Beijing will be aiming to emulate Alina Zagitova, who claimed the gold medal in PyeongChang in 2018, and Adelina Sotnikova, who won the title at the Sochi Games in 2014.