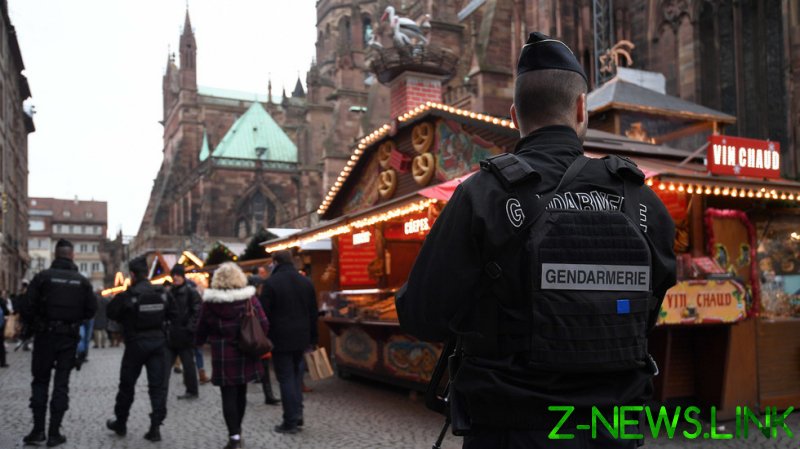 The incident, which occurred in the northeastern city of Belfort, was reported by local media on Saturday. The 20-year-old victim is the son of law enforcement officers.

Shortly after posting the photos of the party, he was threatened by an acquaintance who was also Muslim – hardline followers of Islam consider partaking in the festivities of another religion to be wholly inappropriate.

He blasted the young man as a “dirty son of white, son of a snake, son of police” and promised to “show” him what a “real Arab” should be. Although the tone of the conversation was far from friendly, the young man agreed to meet his accuser in person to settle their differences.

The outraged hardliner showed up flanked by four other man, who beat up the 20-year-old and threatened him with further violence if he reported the incident to the police. Despite the intimidation, the young man filed a complaint against his attackers, and his mother has vowed to pursue the suspects. “He walked into an ambush,” she was cited by local media as saying.

The incident did not escape the notice of France’s top officials. Interior Minister Gérald Darmanin confirmed that the attack had taken place and an investigation had been launched. Darmanin condemned the anti-police sentiment the suspects had apparently shown and called Islamist “separatism” unacceptable.

“In Belfort, a young man was assaulted because he celebrated Christmas and was not a ‘good Arab’. ‘Aggravating’ circumstance: being the son of police officers,” the minister wrote on Twitter late on Saturday.

In recent months, France has suffered a spate of terrorist attacks by Islamist radicals, including the gruesome beheading of a teacher outside Paris. The teacher was targeted by a young Muslim after he showed his class the infamous cartoons of the Prophet Mohammed published by the satirical magazine Charlie Hebdo. While depiction of the Prophet is considered blasphemous in Islam, the provocative cartoons are considered particularly offensive by many Muslims.

In the wake of the attack, senior French officials, including President Emmanuel Macron, vowed to fight hardline Islamists by any means necessary and to weed out extreme ideology from the country. Macron’s tough response has caused diplomatic rows with a number of Muslim-majority nations, and protests against the president.