Home / WORLD / Outrage flares on social media over mandate-flouting maskless Emmys while Seth Rogen jokes ‘what are we doing?’

Outrage flares on social media over mandate-flouting maskless Emmys while Seth Rogen jokes ‘what are we doing?’ 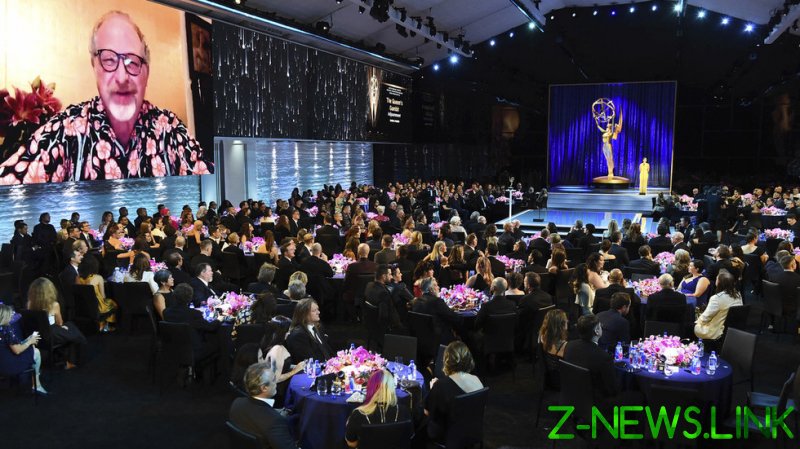 A who’s who of Hollywood came in droves to have some fun, razzle-dazzle and celebrate successes of the entertainment industry at the 73rd annual Emmy Awards. The L.A. Live venue’s Event Deck in Los Angeles was packed to the brim, and across the pond in London a parallel ceremony was taking place.

Absent from the invitation list were apparently face masks, which were nowhere to be seen on celebrities’ faces – unlike those of the waiters, photographers and other staff required for the show to go on. The sight was hardly surprising, considering how the same script was used during the Met Gala, or Barack Obama’s birthday party, or any other posh event in the age of culture wars on Covid-19 steroids.

Watching the event made quite a few people unhappy, even angry, judging by comments online. Especially since California has a mask mandate for indoor events, and the crowd of stars didn’t look like people for whom showing their mouths was essential for communication and thus warranting an exemption.

Then again, Event Deck is technically an indoor/outdoor venue. So the hugging, laughing, toasting elites could easily tell themselves and the viewers they were following all the health guidelines. Not everyone accepted the explanation, though.

It’s not like the powerful and rich are oblivious to the contradiction between their actual behavior and the preachy message they have been sending to the masses about how everybody should follow the science, wear masks and save lives. Comedian Seth Rogen even brought it up during the Emmys, asking the audience: “What are we doing?”

“They said this was outdoors – it’s not! They lied to us,” he said. “We’re in a hermetically-sealed tent right now. I would not have come to this. Why is there a roof? It’s more important that we have three chandeliers than that we make sure we don’t kill Eugene Levy tonight.”

Fellow celebrities appreciated his words with laughter and clapping. It remained unclear if Rogen meant his barrage of jokes to make an actual point or to simply entertain the guests before announcing the nominees for supporting actors in comedy series.