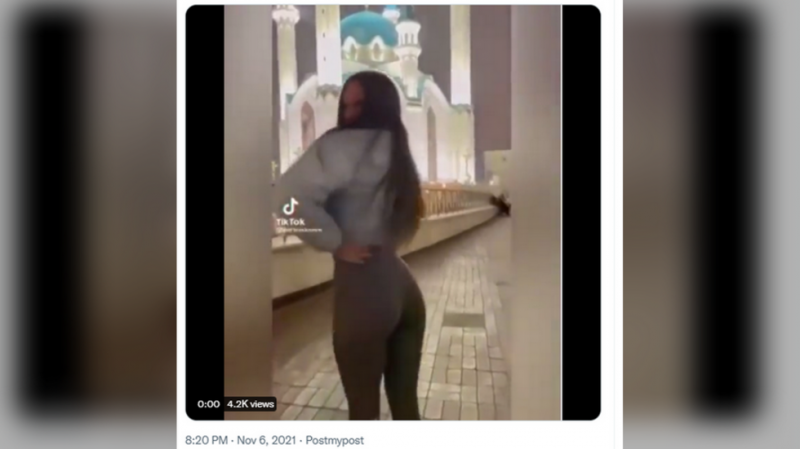 According to the outlet, the woman took down the TikTok video after people online called her behavior “shameful” and said she should be prosecuted under the law that bans insulting people’s religious beliefs.

Apart from making TikTok videos, Pepelyayeva regularly posts racy photos of herself on Instagram and OnlyFans.

In October, a blogger and a model each received a 10-month jail sentence for simulating oral sex in a photo in front of Moscow’s historic Saint Basil’s Cathedral. They were convicted of insulting religious beliefs.