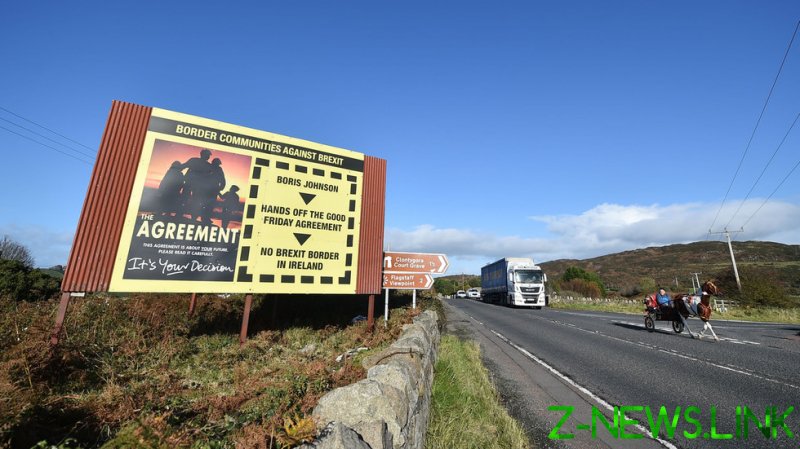 The body, which represents outlawed loyalist paramilitary groups, announced the decision to remove its support for the peace deal in a letter on Thursday, as opposition in Northern Ireland to the post-Brexit protocol measure grows.

While the group wanted to be clear that opposition to the protocol should be “peaceful and democratic,” it stressed that it would remove support for the Good Friday Agreement until, once again, there is “unfettered access for goods, services and citizens throughout the United Kingdom.”

The statement from the LCC comes after the Democratic Unionist Party (DUP) and other political groups in Northern Ireland called on the British government to ditch the protocol which was agreed in the Brexit Withdrawal Agreement, as they believe it’s hurting the country’s position in the UK’s internal market.

The Northern Ireland Protocol was an agreement made in the UK-EU Brexit deal to prevent the creation of a hard border between Northern Ireland and the Republic of Ireland. The protocol means that goods can move freely across the Irish border but must face EU checks when being moved across the Irish Sea to the rest of the UK. The measure came into effect after the UK left the EU and Northern Ireland will get to vote on whether to continue with the arrangement after four years of it being enforced.

The UK government has, so far, not responded to the latest statement from the LCC. However, on Wednesday, Prime Minister Boris Johnson’s administration took a unilateral step to extend a grace period for the implementation of new post-Brexit rules, limiting the red tape and barriers for trade across the Irish sea.

The LCC represents three groups, the Ulster Volunteer Force, Ulster Defence Association and Red Hand Commando, which have all been outlawed in the UK over their involvement in the violent conflict from 1968 to 1998 in Northern Ireland. At the end of the period, known as ‘The Troubles’, the groups backed the Good Friday Agreement that ended the clashes and created a devolved political body at Stormont.