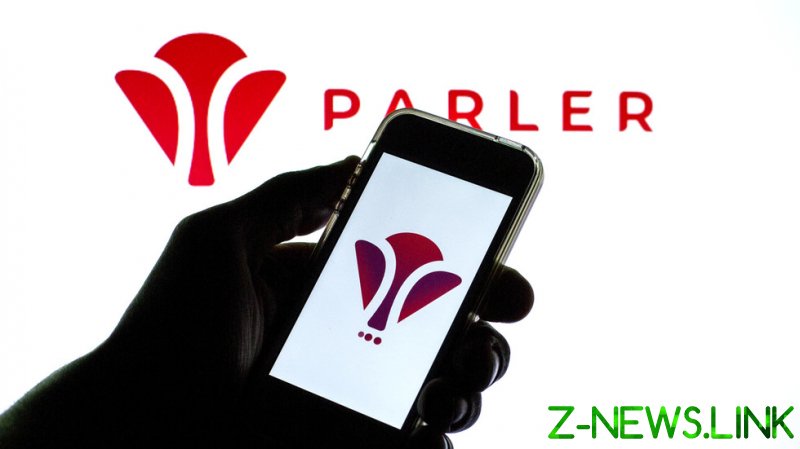 Matze filed his suit on Monday in a Nevada state court, accusing several higher-ups at Parler of breach of contract, conversion – or when one party takes control of another party’s property with the intent of changing ownership – unlawful firing, defamation and conspiracy to commit each of those offenses.

Primarily targeting high-profile conservative donor and Parler partner Rebekah Mercer, the legal challenge comes after Matze was abruptly ousted from the CEO role earlier this year, which he claims was part of a scheme to deprive him of his 40% ownership stake in Parler, a company now worth millions.

“Rebekah Mercer sought to co-opt [Parler] as a symbol or as the ‘tip of the spear’ for her brand of conservatism, and plotted to force Matze out as CEO, manager and member, and steal his 40% ownership interest,” Matze’s court filing reads.

An internal battle among Parler’s leadership kicked off soon after the January 6 riot on Capitol Hill, when a crowd of supporters of then-President Donald Trump stormed the halls of Congress as lawmakers met to certify the results of the 2020 election. In the wake of the riot, Parler was accused of having lax moderation policies that allowed violent content to proliferate and was booted from both Apple and Google’s app platforms, as well as Amazon’s cloud servers, effectively taking the site offline.

In response, Matze suggested Parler adopt “satisfactory moderation policies and procedures that would preserve the right of free expression for all points of view, but would preclude content that is inciting violence and acts of domestic terrorism,” also proposing that “extremist groups” be banned from the site. However, Matze says his idea was “met with dead silence” from his colleagues, taking that as a rejection of the proposal.

Not long after, the ex-CEO said a representative for Mercer, Mark Meckler, began making more regular appearances at company meetings, where it soon became clear that he intended to push Parler to be more in line with Mercer’s own “brand” of conservative politics.

“Simply put, Parler was now being hijacked to advance the personal political interests and personal advantages of [Mercer] rather than serve as the free expression platform as originally conceived,” the lawsuit continues, adding that Matze believed such a change would “create further alienation and loss of business” for the company.

After weeks of infighting over the future of the platform, Matze says another Parler partner and Mercer ally, Jeffrey Wernick, threatened him with “financial ruin” and an “avalanche of legal claims” if he did not immediately relinquish his ownership stake and resign. When Matze refused to do so and contacted his own lawyers, he said he was “abruptly and unceremoniously fired the next day through Meckler without reason.” Meckler then declared he was Parler’s acting CEO.

Mercer and others at the company then “set in motion a plan to defame Matze’s business reputation,” claiming he had been fired for misconduct and breach of contract, charges the ex-CEO insists are false, and merely a way to “bully” him into giving up his multi-million dollar rights in the company. Mercer, however, determined the “fair market value” of Matze’s ownership to be only $3.00, what he condemned as “outlandish and arrogant theft.”

After his dismissal from the company, Matze claims that Parler has since followed the suggestions he previously outlined, using a hosting platform he recommended, as well as a version of the content moderation system he proposed.

“In other words, the very technological pathway for Parler’s future operations as conceived by Matze is, in fact, what Parler is presently doing… despite the lies having been told about Matze and scapegoating him in order to steal his 40% ownership,” the lawsuit said.

Monday’s suit comes more than a month after Parler’s February 15 relaunch after being kicked from Amazon’s servers. While the company had brought Amazon to federal court over its decision to de-platform the site, it dropped the suit last month, refiling the case in a Washington state court, where it accused the e-retail giant of breach of contract and defamation.