Home / Science and technology / Outer touches of the year

Outer touches of the year

Now, when before the New year remained a matter of hours, it is logical to look back and see what was 2019. This material does not purport to be complete and comprehensive overview, rather, some vivid touches of the year. 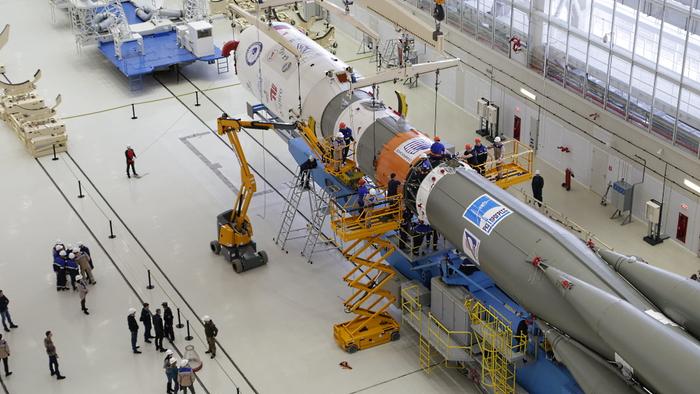 Assembly of the Soyuz, Roscosmos photo

Against the background of estimates of the number of starts, I think, was not sufficiently noticed the fact that for the first time in 16 years the Russian space Agency has not been a single emergency start. The last time this happened already in 2003. And it is not to say that there were no accidents.

On 21 February from the Baikonur cosmodrome launched a carrier rocket “Soyuz-2.1 b” with the satellite EgyptSat-A. the Satellite was launched successfully, but after a few days it turned out that about six seconds before separation of the upper stage “Fregat” from the third stage on her emergency turned off the engine. A bunch of the upper stage and the satellite was on a suborbital trajectory with periapsis at 57 km downstream from the settlement. Fortunately, control system “Fregat” felt that can bring a companion despite the lower initial orbit, and successfully coped with the task. The investigation revealed that the cause of the engine shutdown was an error in the documentation — mixed volume of fuel and oxidizer, one refueled more than you need of the other.

The struggle for the quality — not an easy thing and usually noticeable only on failure, so that the importance of the first in a long time accident-free year is worth emphasizing. And, of course, watching to see what will happen next — whether 2019 is a good chance, or we can hope for a trend.

In a peculiar twist of fate in the same year the accident occurred with the loss of payload for the European space Agency, which, on the contrary, a serious accident happens every few years. The carrier rocket “VEGA” from a reconnaissance satellite, the United Arab Emirates were lost in the second minute of flight almost immediately after turning on the second stage. 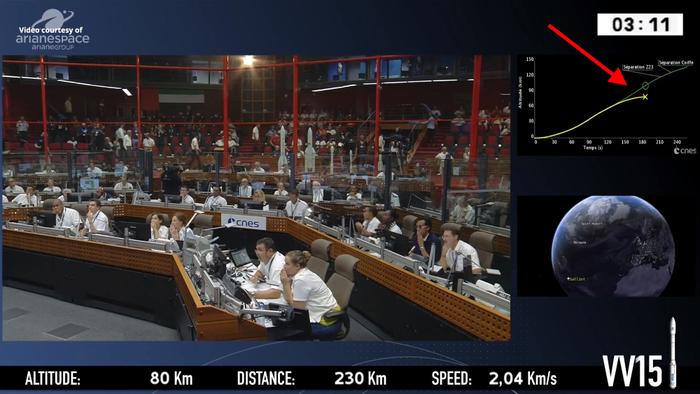 A frame from the broadcast

Visible broadcast the extinction of the flame exhaust and the transition to ballistic trajectories assumed complete failure of the solid rocket motor second stage. The investigation established that after 14 seconds of the second stage collapsed at the top, breaking the rocket in half. It was the fifteenth launch of the carrier rocket “VEGA” and its first accident.

In General, the outgoing year has repeatedly and clearly demonstrated the complexity of the space — falls and explosions had enough. It seems to have simple and close Moon “showed his teeth” — after a successful landing on the opposite side of the Chinese probe on our satellite crashed Israeli and Indian. But just a few years ago, India became the first country to successfully deliver a spacecraft into orbit of Mars on the first attempt.

The trail from the fall “Bereshit”

The Israeli probe “Bereshit”, initially showed himself brilliantly in the difficult and long flights, could not cope with the main task of landing. Failure of the gyro and sent to the probe’s team has launched a chain of events which resulted in the machine in the most crucial time of braking the fall with the engine switched off and eventually crashed. Indian machine Vikram successfully dropped to a height of 7.4 km and a velocity of 146 m/s, but then the engine put the speed faster than required, and to the stage of accurate braking and landing, the probe came with the flight parameters based on which the control system failed to ensure a soft landing. Stream showed a deviation from the planned trajectory, then somersaulting a model of the probe on the background of decreasing height, and then the connection was lost. The machine crashed on the moon.

Two spectacular accidents happened at SpaceX. In April, during ground tests exploded Crew Dragon (leaking valve led to the fact that when pressure is applied in the pipeline before gas boost was moving a portion of the oxidizer that destroyed a leaking valve that caused the fire from the explosion).

Recently, only partially successfully completed an unmanned test flight of the ship from Cockpit Boeing — due to improper installation of the timer, the ship ran out of fuel to dock with the ISS and was forced to return to Earth early. In General, it is worth noting that in 2019 flew not only the astronauts on the Crew Dragon and Cockpit, but never got to space tourists on suborbital SpaceShipTwo and New Shepard — both ships all the time continue to move to the right. However, Virgin Galactic in February, drove the woman to almost 90 km away making it an astronaut on the classification of the States (above 50 miles/80 km), but the line Pocket 100 km they reached, and more of the flights was not.

But Iran probably unlucky more likely two start — up in 2019 was unsuccessful, and in August, the third rocket exploded on the launch pad.