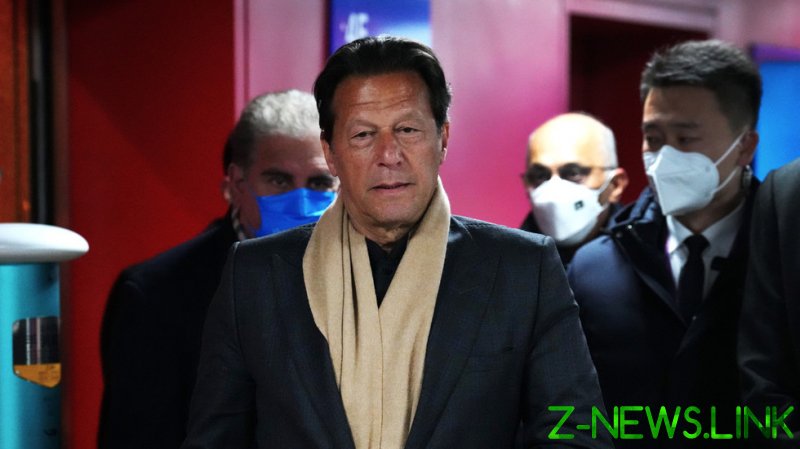 In his first tweet since having lost his seat as Pakistan’s prime minister, Imran Khan pointed the finger at unnamed foreign forces that he alleges meddled in the country’s affairs. The no-confidence vote that ousted him was held early Sunday.

“Pakistan became an independent state in 1947; but the freedom struggle begins again today against a foreign conspiracy of regime change,” Khan wrote on social media. He added that “it is always the people of the country who defend their sovereignty & democracy.”

A cricket star turned politician, Khan took office in 2018. However, his PTI party effectively lost its majority in the National Assembly in March when seven MPs from its coalition partner decided to join the ranks of the opposition. The rivals accused Khan of economic and political failures. 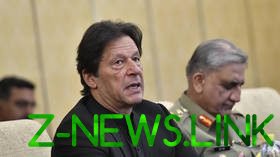 The now ex-PM claimed, however, that the opposition was acting according to a foreign power’s will. Back on Friday, Khan said in an address that he was “ready for a struggle” and would not accept “an imported government,” adding that he is determined “to vehemently agitate against it.”

While making similar accusations in the past, he once named Washington as a player behind the alleged conspiracy. It was reported that Khan had received a briefing letter from the Pakistani ambassador to the US that included a recording of a senior US official implying the relationship between the two countries would improve if Khan were no longer in power. According to Khan, Washington wanted him gone for his willingness to carry out an independent foreign policy and due to his visit to Moscow in late February. The US State Department rejected all such allegations.

Pakistan’s National Assembly will vote for a new prime minister on Monday. PTI’s candidate is Shah Mehmood Qureshi, who had been serving as foreign minister but has now added the word “former” to his Twitter profile. The opposition Pakistan Muslim League-Nawaz party nominated Shehbaz Sharif, the brother of former PM Nawaz Sharif, as its candidate for the office.