Home / economy / Our tomorrow — a dollar for 85 rubles

Our tomorrow — a dollar for 85 rubles 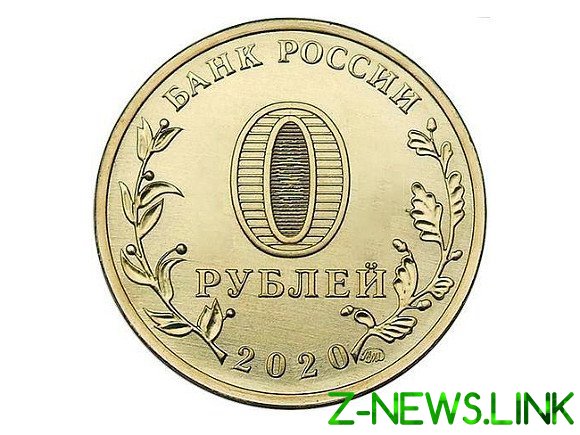 Ahead of another “black August”. Should we wait for devaluation and redenomination of the ruble, or cost, were discussed by experts at a press conference in NSN.

“The denomination of the ruble is used only for convenience of circulation of money. It is pointless to issue rubles, if the bill, as it was in the early 1990s, in the thousands. But how would we in the country are not determined by the dimension marks on the bills, the purchasing power of our national currency will not change.

It is important to understand that no economic laws in respect of the ruble simply do not work because they do not have our national currency is irrelevant. We made the ruble freely convertible within the country. But the whole world does not recognize the ruble a hard currency, and even semi-solid as the Chinese yuan exchange rate is determined by policy. This means that if you a year you go abroad, you will have nothing to buy and exchange not be able. Thus, the ruble is in a state of the stepson of the international monetary system. This gave rise to a speculative attitude towards this currency. If I can buy the ruble, and in another place it can not sell, this leads to a “black market rubles.” This “black market” is the Moscow currency exchange and the Central Bank of the Russian Federation. That is, the exchange rate is a field for speculation, especially international. Although the analysis showed a sharp fall of the ruble in 2014, and our main banks are also not averse to speculate in this field. So when we are talking about the fact that the ruble has any economic reason to change your course — it’s not true.

However, all speculative transactions have border, because Russia has for currency to purchase large volume of goods and food. It makes to keep the ruble against the currency in a corridor. Because if the ruble will fall indefinitely, and the possibility of import of the same fall to infinity. It will not just be economic collapse. People will have nothing to eat. So I think there are certain economic trends that compel us to keep the ruble. I think it will provide a balance which we see after 2015.

Until the end of the year because of the economic situation in the country, there will be another, albeit not so dramatic as in 2014 or 1998, but still the collapse of the ruble. I assume that due to objective economic reasons for the ruble may fall against the dollar and the Euro by 10-15% percent”.

“What is happening with the ruble? From a formal point of view, everything is fine, the state money like a fool — tobacco. In the Federal budget liquid resources, according to the Finance Ministry on July 1, amount to more 8 trillion rubles. Money in General is enough. It is clear that the government is well aware: this money will be about the same, what with the shag of udraka. But at some time they will last.

The ruble is held by our leaders in the speculative field. The national currency is issued not by the needs of the Russian economy, and depending on how much we will allow you to obtain currency in the form of loans or export. Therefore, the ruble is extremely dependent from all external factors. It is not so much objective reality as a conscious choice of our leadership.

External circumstances are clear. In the US on 4 November with a high probability of inter-elite cold civil war will no longer be cold. It is highly likely that comrade Biden will be to plant in a presidential armchair the same people and about the same as they were hoisted Obama using the force of the crisis. The world is tumbling into recession, and push it is worthless. So, I guess, mid-September we enter into the area of global risk, and if the nerves will pass, and before. Not accidentally there are rumors that the second wave of “koronaciya” is scheduled for September 20. What will happen to the world economy if the United States will start something resembling a civil war? Already we are seeing some weakening of the dollar. American experts say they expect a depreciation of the dollar against a basket of important currencies about a third. If only a third, God really holds US.

What will happen here? The economy of Russia had first strike of coronaries, after which she will not rise again, it shows. Statistics can paint any, but we all walk the streets and talk to people.

When the bread is getting smaller, should have more shows. Therefore, in August—September we will take the elements of a local recovery management bodies already quite mad from the wild, which we will present and as a left and as a right turn, as a social revolution. This will distract people from the real state of their Affairs.

If we do not develop the economy, the only way to spur ruble devaluation. Another thing is that the dollar could fall more than the ruble. But the ruble will need to depreciate against the basket of currencies to the Euro. Today it strengthened against the dollar, but weakens the Euro.

The basic reason that the devaluation of the ruble is replaced by a period of long term stability, which is supported by including an economic, and sometimes political expediency, related to the specificity of speculation. With a stable ruble our securities purchase Western Russian speculators in foreign currency. This attachment is protected from devaluation, but with a yield characteristic of the high-risk markets. Further, while the attachment of the right people from the Russian market will not go away, the ruble devalue. National currency held literally at any price. But when these investments go, the ruble collapse. By the end of the year, I think we will see 55 rubles per dollar and more 90 roubles for one Euro”.

Member of the Presidium of the Stolypin club, the economist Vladislav Zhukovsky:

“In early June I talked about the fact that on the eve of reset we will see the strengthening of the ruble to the dollar to 70, and even to 68.5. Those numbers we saw. It is logical that after the theater of the absurd with a vote on stumps and on the benches were completed, the ruble turned around and went further — to the level of 71-72 per dollar. Can not be a strong currency in terms of stability of the cemetery. Economic growth we can’t see for more than 12 years. Since 2008, the Russian economy in real terms grew by only 8.5%. This is the data of Rosstat and the world Bank. The world economy grew by 35%, even decadent America — 18%, China at 93%. All growth since 2008 has “zeroed out” at the end of the second quarter of 2020, when Russia’s GDP officially fell by 9-10%. At year-end the actual decline may be greater than 20%. What kind of strengthening of the ruble could be if our eyes shrinks the inflow of foreign currency for foreign trade. The outflow of currency from the country is already more than the inflow. The country is derived almost $29 billion, at the same time, we have earned a total of $22 billion. Such as was not since the 1998 default. Not coincidentally, I think, are talking about the denomination of the ruble. We approach the next shock of devaluation. Remember, Boris Yeltsin in 1997 started the denomination of the ruble, and by mid-1998, came the default.

For the ruling elite of the weak ruble — prolonging the agony of the system, which is built, to maximize their export earnings by the cost of the impoverishment of the population, falling demand, rising prices, acceleration of inflation. I think in the long term — a year or two — you can safely buy the currency. Of course, it was better to buy at 60 cents, but now, I guess, not later.

Economic growth will not be revenues to continue to fall to keep the economy afloat will be possible only through devaluation. Of course, you can argue about what will happen with the exchange rate against the dollar in November, after the presidential elections in the United States. I think anything good Russia in any case can not wait. Zeroing of the ruble — it is only a question of pace and scale, nothing more. The denomination will also, but later, over the horizon of 2021, when we go to the level of 100 rubles per dollar, which is quite possible.

I think we’re in for global deleveraging and credit contraction. We can easily see 80 rubles to the dollar, but I would not rule out a fall to 85 rubles per dollar and more. It will all depend on several factors. OPEC+, elections in the United States, the degree of incompetent people, conducting socio-economic policy in Russia. In the worst case scenario, the rouble can fall by 25% against the dollar. And August, and November months are very difficult for the ruble.”