Home / WORLD / ‘Our hemisphere’ vs ‘Nuestra America’: US facing boycott from Latin neighbors 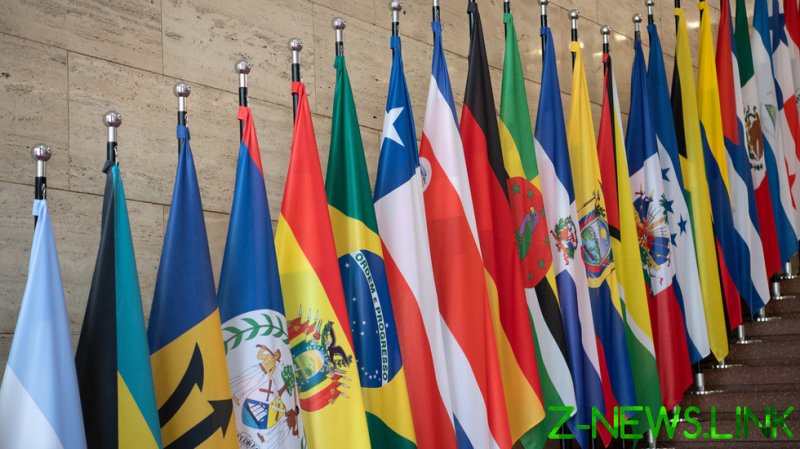 Reports emerged last week that the US would lift some sanctions against Venezuela, including those against at least one individual and the resumption of operations for US and European oil companies in Venezuela. This news was later confirmed by Venezuelan Vice President Delcy Rodríguez.

The US is reportedly easing sanctions as a sign of goodwill after high-level negotiations took place in March, hoping to foster dialogue between the ruling government of President Nicolás Maduro and the US-backed opposition. Vice President Rodríguez’s statements in reaction to this news suggested that the Venezuelan government intends to do precisely that, as well as continue dialogue on an international level.

Undoubtedly, this is a positive step for Venezuela even if it has a lot to do with the US and its partners seeking any avenue to reduce crushing inflation. The criminal and illegal blockade of Venezuela has needlessly and inhumanely strangled the economy. For years, economic issues stemming from unilateral sanctions imposed by Washington have plagued the country and hurt ordinary people there – all in an effort to topple the democratically elected Venezuelan government. 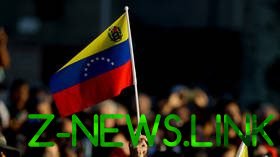 Still, Venezuela managed to salvage the situation and, last year, posted positive economic growth and reduce inflation to a tolerable level after years of economic recession and runaway inflation. That Caracas was able to accomplish this without the benefit of normal trade relations with the West is no small feat and speaks to the fact that US sanctions are losing their power and Washington is losing its leverage.

This is precisely why the US must continue negotiations with Venezuela, eventually lifting all the sanctions and meaningfully engaging with all of its neighbors — including Cuba and Nicaragua — despite political disagreements. The US must view its role in the Americas as that of an equal partner instead of relying on coercive actions to satisfy its political ambitions, as doing so will only isolate the US in its own neighborhood.

Leaders in the region are taking notice of the changing global geopolitical landscape. For example, speaking in Cuba on May 9, Mexico’s President Andrés Manuel López Obrador called on the US to end its ongoing sanctions on the Caribbean country dating back to 1959. He, as he has previously, called for a united American community similar to the European Union and also recently threatened, along with about a dozen other leaders, to boycott next month’s US-hosted Summit of the Americas because of its exclusion of Venezuela, Nicaragua and Cuba. 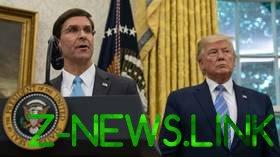 The Mexican president, commonly referred to as AMLO, also noted the rise of China as an opportunity for the region. Leaders from these countries want concrete development plans and investment proposals – meanwhile, the US seems to only be concerned with points of domestic political interest like illegal immigration and drug trafficking, which are actually linked to chaotic US foreign policy in the Americas. On the other hand, China is offering no-strings-attached development projects and investments that are extremely attractive for these countries.

For Latin American and Caribbean leaders, the domestic concerns of Washington are of little importance. They want to provide security and prosperity to their region, which is the most basic function of any public servant. Dividing the region on political lines and excluding some countries from various forums designed to, supposedly, bring the Americas together  does not fulfill these basic goals. It actually does the opposite – and more leaders recognize this.

This is, for example, why there are growing calls to abolish the US-dominated Organization of American States (OAS), which currently excludes Cuba and is disputing Venezuela’s membership, and replace it with a more inclusive organization. Some countries, including Mexico, are calling for a regional organization based primarily on economic cooperation to aid in regional development while leaving ideology on the sideline. It’s hard to see, at this juncture, where the United States would fit into this picture. 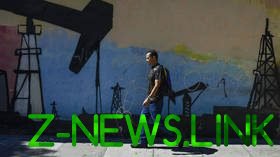 For the US to not box itself in a corner in its neighborhood, – which Washington officials have referred to as ‘our hemisphere’ for almost two centuries – it must seek rapprochement with those countries, namely Venezuela, Nicaragua and Cuba, with which it has stark political differences. It must engage in serious and constructive dialogue that goes beyond narrow self-interest. One way it could do this would be by listening to the pleas from regional leaders and inviting Venezuela, Nicaragua and Cuba to the Summit of the Americas next month. Otherwise, it’s just strengthening the opposing notion of ‘nuestra America’, or ‘our America’, first coined by Cuban writer Jose Marti in a famous late-19th-century book of the same name. He used it to describe opposition to Spanish rule – but the phrase has been repurposed in the modern day by Latin American socialists to oppose Washington.

The US has put itself at an impasse where it can either continue to antagonize Latin America and the Caribbean, seeing it, as it has since the Monroe Doctrine, as its playground – or risk being blacklisted from the American community altogether.