Home / Society / Our government lives with the expectation of a miracle

Our government lives with the expectation of a miracle 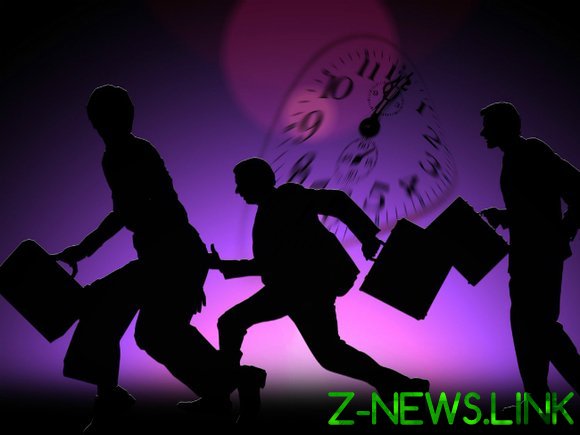 Young engineers who do not learn, and if they leave to study abroad, the likelihood of their returning to Russia is quite small.

In today’s world the technological development and standard of living of a country depends not on politicians, or our favorite authorities “siloviki” and from a marginal minority scientists, engineers, skilled workers in relation to whom in Russia reached a principled consensus — they should all be poor, have no political rights, political representation and hard work on the rest of the “parasitarias”, giving them pride in preserving and multiplying the achievements of the Soviet Union.

However, nearly 30 years of harassment of employees of the space industry, receiving from 15 to 30 thousand roubles, has led to a natural result — began to fall not only Protons, but also “Unions”.

“Essential we have!” — probably the most well-known stupidity of our politicians, “office plankton” and officials. Though in respect of themselves they are certainly right, as judged by themselves and their colleagues. Politicians, “office plankton” and officials can (and should) not only change, but also to reduce significantly without any damage to the country, and maybe even increase overall productivity and raise living standards.

But the people who work in creative fields (skilled workers, engineers, designers, good programmers), usually there is nobody to replace. The implementation of the principle “irreplaceable we have,” in production and in development/engineering leads only to degradation, missed deadlines, and sometimes even failure of projects. In the time since the economic collapse of the USSR from Russia, he went quite a lot of talented engineers.

The process is now. Let’s be honest in relation to themselves — Russia not the best place on earth for human habitation. And the point here is not the climate (there are countries with the same climate, but with the growing industry, for example, Canada), and in the state in which the attitude of the people of officials and “security forces” is pretty beastly.

See also:  Storm in Lviv: there are new photos of the destruction

Illusions about “seminararbeit” new engineering elite you should not feed because of degradation of higher education and the destruction of the Russian-Soviet engineering school leaving and the death of professionals. Young engineers just do not have anyone to learn, and if they leave to study abroad, the likelihood of their returning to Russia is rather small — is to motivate them with nothing and no one.

In the Russian engineering fared disastrously. In a number of ways knowledgeable professionals elderly (70-80 years) of age to replace simply there is nobody. This level specialists are not available, the current generation of 40-60 year old too few in engineering, and young people have not got and can not obtain the desired quality of technical education.

In Germany after WWII for a period of 60 years the total expenditure on science and development increased in 5.2 times. To prevent “brain drain” germanskie authorities (Erhard & Co), steps were taken to increase the remuneration of scientists. As a result of scientific-technical progress during the same period, labor productivity increased by 60%. In Russia, the Putin government provide scientists and engineers and the bureaucracy and “security forces”, believing that “irreplaceable we have,” and technical personnel can always be replaced.

Here are our engineers and programmers high-level to slowly migrate to the West. It is a sad fact, but true. “Leaders engineering centers usually name is Rajesh or Kamal, or Anus, or… R&D labs around the world almost 80% staffed by Indians, the remaining 20% — the elite are age Russian tech, yet old-school education”, — says Olga Uskova from Cognitive Technologies.

The level of genius Ferdinand Porsche, Soichiro Honda, Wernher von Braun, Sergei Korolev, Valentin Glushko, Vladimir Chelomey, Julia Chariton, Nikolai Basov, Perelman, in principle irreplaceable. They are in the country either have, or not. We can only improve the chances of creating a system of talent search at the school level, creating and maintaining a good system of technical education. And wait — maybe you are lucky. However, this is not to punish engineers, and our power in modern Russia staged for engineers and scientists real 1937.

See also:  The scandal with the statement of the Russian singer on the Crimea continued

Fashionable now the authorities model business venture in which the engineer can become a millionaire by creating your company, in Russia is not working (and couldn’t work) as highly developed raiding from the various “security forces” and weak protection of private property by the state (the owner, incidentally, the same reiderstva “siloviki”).

On the other hand, the fascination of the state “startups” is clear. Our government lives with the expectation of a Miracle. Finding some of the magic project, which then will allow to live, not giving in science and saving on creating and sustaining engineering schools, paying huge money to the officials and the security services, while saving on salaries of scientists, engineers, programmers and designers. Hence the growing ideas like the International financial centre in Moscow, “artificial intelligence”, “mining of cryptocurrencies” on a national scale, “the digital economy”, production “big date”, etc.

The current fascination with our government “startups” — it’s a pointless waste of money with the wickedness of men, who begin to believe that if they have declared themselves a startup, they should all give money, not interested in how the money then the investors will return a profit.

As rightly said, the Creator of Linux and head of the Linux Foundation Linus Torvalds: “Any successful project is 99% worth of hard work and 1% of innovation.” Thus, the government spends all of its funds to support innovation in the top 1%, ignoring 99% of the real costs. We need to plant startups, and to keep scientists and engineers.