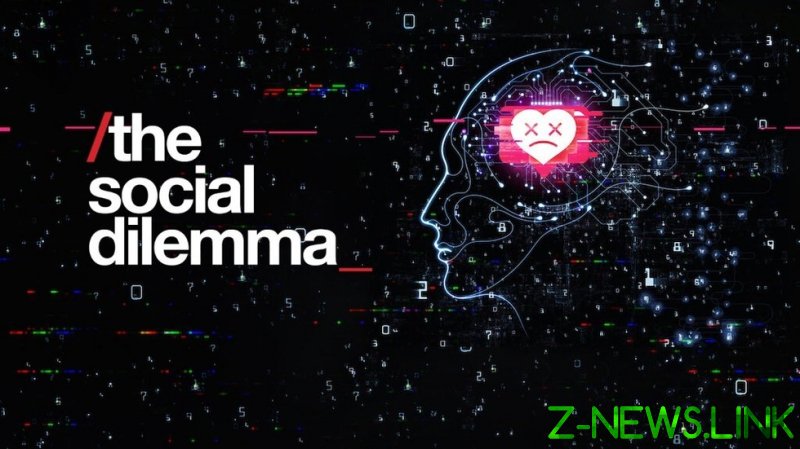 The Social Dilemma is a remarkable documentary about social media platforms and their two billion users, and may well be the most important documentary made in America for decades.

The documentary is a radical, insider-based critique of social media and the large tech companies that created it – and continue to profit handsomely from it (especially given that they are monopolies and pay little or no tax in many countries).

Directed by American filmmaker Jeff Orlowski, The Social Dilemma features interviews with a number of former tech giant executives who created the technologies and business model that underpin the social media empire. Social media has only been with us for just over ten years and most of the interviewees are in their thirties.

Tristan Harris (a former Google design ethicist) and Jaron Lanier (a computer scientist) – two of the interviewees – both believe that social media and the tech leviathans have created an “existential threat” to those western societies in which they have been permitted to flourish unchecked. They believe that social media platforms dehumanize their customers, disrupt the social fabric and are destroying democracy.

The critique is all the more compelling because it is perhaps only social media and big tech insiders that have a comprehensive understanding of how the system was created and operates.

Technological changes have always attracted criticism. Gustave Flaubert, the nineteenth century novelist, disliked railways because he took the view that they “permitted more people to move about, meet and be stupid together.”

But this documentary is much more than a simple critique of one particular technological advance. Rather, Orlowski argues that the technology underpinning social media differs qualitatively from all earlier technological developments, and that this gives rise to serious social and political consequences.

Railways, for example, were a mere “tool” that enabled people to travel more widely – they did not dehumanize their customers; nor were they an existential threat to western society.

This qualitative difference, the documentary argues, is a result of the unique technology and business model employed by the social media behemoths.

According to Orlowski, the technology utilized by social media is inherently addictive and manipulative, and involves a wide-ranging surveillance of its customers of a kind previously unimaginable.

There is much force in this analysis.

Many users of social media are undoubtedly addicted to it – observe the compulsive way in which people use their phones in public. And, as the documentary points out, there are only two industries that describe their customers as “users,” the tech industry and the drug industry.

Social media is clearly manipulative. Excessive use is encouraged by various “growth techniques” such as tagging photos and inviting friends. The tech giants are in constant contact with their users, bombarding them with information tailored to suit their prejudices, together with endless advertisements. Algorithms enable the extraordinarily precise targeting of users.

And there is no doubt that social media engages in covert, wide-ranging and ongoing surveillance of users. Every transaction, click and post of every user is monitored, and mountains of data are accumulated daily in underground computer vaults in Silicon Valley.

Some years ago, author John Lanchester noted that “Facebook is the biggest surveillance-based enterprise in the history of mankind….what Facebook does is watch you, and then use what it knows about you and your behaviour to sell ads.”

This brings us to the social media business model.

By monitoring their users, the big tech companies accumulate vast amounts of data that enables them to attract advertisers – who are willing to pay large sums for the precise targeting that only the tech giants can provide. This is why advertisers have turned their backs on traditional media companies – who simply cannot offer them the same degree of precision targeting.

In effect, the tech behemoths sell the lives of their users to their advertisers – who are willing to pay billions of dollars for them. In just under 20 years, the tech giants have become the largest corporations in America, and they grow more prosperous by the day.

What, then, are the consequences of this for American society, as Orlowski sees them?

At a personal level, the tech giants are dehumanizing their own users.

Social media users need constant approval and strive after “fake, brittle, empty popularity.” They become immersed in the vapid popular culture that the tech giants unceasingly promote to their users on behalf of their advertisers. Many users are incapable of reading a book or distinguishing between fake news and real news.

Bullying and so-called “hate-speech” are now common modes of social media interaction. Social media has also stripped away all vestiges of privacy from its users.

Orlowski notes the psychological consequences of these changes – including a lack of genuine personal autonomy and, more disturbingly, a dramatic increase in the rates of teenage depression, self-harm and suicide (especially amongst girls) in America since 2011.

It is interesting to note that many of the interviewees in the documentary state that they no longer allow their children to utilize social media – and it may well have been its effect on their children that caused them to begin to become critical of it.

The documentary suggests that the real victims of social media are, perhaps not surprisingly, its most avid users – teenagers.

For no other reason than this, every parent should watch The Social Dilemma.

The documentary also analyzes a number of more general social and political consequences, including  “the collapse of a shared understanding of reality”; the creation of a “post-truth” world; a resurgence of conspiracy theories; the intensification of “the culture wars”; increased political polarization; and – most importantly – the opportunities that social media offers to all political parties to manipulate elections. It is this last consequence – which flows from social media’s unique ability to accurately target individual voters and their prejudices – that constitutes the most serious threat to democracy.

It is true that some of these trends predated the creation of social media, but recent events in America make it clear that, at the very least, social media and the tech giants have seriously exacerbated them over the past ten years.

The Social Dilemma is a political tract in the tradition of the American Progressive movement and Lincoln Steffens and his muckrakers. It is a thoughtful attack on a serious social problem and the powerful economic interests behind it.

Orlowski, correctly I think, firmly rejects Facebook CEO Mark Zuckerberg’s contention that the tech giants are capable of reforming social media or themselves.

His solution to the problem is increased government control and regulation. Whether or not this is a viable solution remains to be seen, although there have been some promising signs in this direction recently.

At a time when much of what appears on Netflix and other American media outlets is crude propaganda (Orlowski could easily have made yet another documentary on alleged Russian interference in American elections), The Social Dilemma stands out as a forceful critique of entrenched economic interests, whose greed is tearing American society apart.

Flaubert was wrong about railways. By promoting travel, trade and a wider diffusion of culture, railways dispelled ignorance.

But with a little amendment, his criticism can be adapted to accurately describe the effect of modern social media platforms: “They permit more people not to move about, not meet and be even more stupid together.”