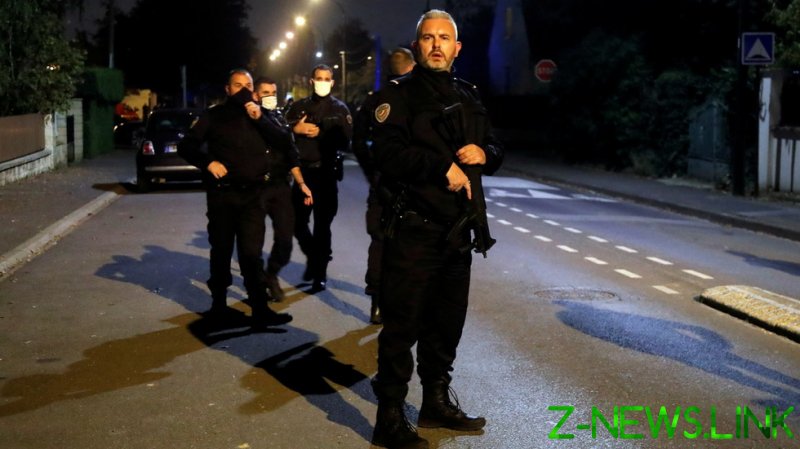 “Our children are not safe, we don’t know what to do. We won’t allow them to school anymore,” a parent of a child attending the school where the murdered teacher worked says, in a video published by RT’s video agency Ruptly.

Another parent, whose child is studying in the same class where the teacher showed cartoons deemed offensive by some, gave his account of the school incident that is believed to have motivated the murderer.

“It all began when he [Paty] asked Muslim kids to raise their hands and leave classroom. My son said, he’d done that to not discriminate or offend anybody,” the parent said.

Some parents rushed to the scene of the murder right after hearing the news, afraid that the attacker may have targeted children too.

“An acquaintance called me immediately after he saw the body in the street and the head beside it. We rushed to the scene. My son was not home at the time, we panicked, we were very afraid,” another parent said.

Paty, a 47-year-old history teacher, was killed on Friday by a 18-year-old man, identified as an ethnic Chechen born in Moscow but living in France as a refugee, ever since his family emigrated there in the 2000s. The attacker was killed by the police after a brief chase. According to posts on a now-deleted Twitter account allegedly owned by the perpetrator, the attack was carried out in retaliation for the teacher’s ‘insults’ to the Prophet Mohammed and Islam.

Prior to the murder, the teacher had apparently been doxxed online, with his private details leaked in social media posts that described the showing of the offensive imagery – presumably some of what was published by the notorious Charlie Hebdo magazine. While this was not the first time Paty had shown Charlie Hebdo cartoons in school, the latest demonstration triggered protests from some Muslim parents. Last week, a father of a Muslim girl who’d refused to leave the classroom and saw the cartoons, posted a video address online, in which he called upon fellow believers to report Paty to the authorities to have him fired. The complaint was further amplified by a local mosque, which shared the video with its sixty thousand followers on Facebook.

Nine people have been arrested so far as part of the anti-terrorist investigation, though it is not yet clear if the attacker had accomplices.