OSCE recorded more than 350 explosions in the area of ATO 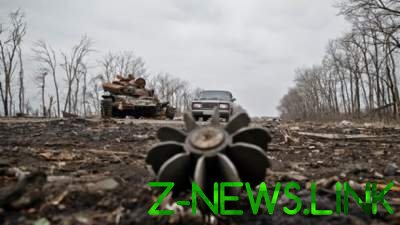 The observation mission of the OSCE recorded 362 violations of the ceasefire regime in Donetsk and Lugansk regions.

This is stated in the report of the organization of 2 January.

“In the period from the evening of 29 until the evening of 30 December the SMM observed a rise in the number of violations of the ceasefire regime in Donetsk and Lugansk regions, when compared with the previous day, with a subsequent decrease in their number from 30 to the night of 31 December”, – stated in the message.

It is noted that 1 January night in Gorlovka observers heard 36 explosions of uncertain origin and roughly 40 rounds from a heavy machine gun. Also, in the period from the evening of 29 until the evening of 30 December in the Luhansk region, the SMM observed a rise in the number of violations of the ceasefire, including one explosion, if you compare with the previous day when there was not a single explosion.

“The SMM observed in armoured combat vehicles, anti-aircraft guns and other signs of military-type equipment in the security zone. 30 December in government-controlled areas, the observers saw armored truck (BTS-5B) on the trailer platform, which moved in a northerly direction near the village of Mirnaya Dolina, and January 1 armored personnel carrier (APC), which stood between the houses on the North-Western edge of village Victory”, – said the OSCE.