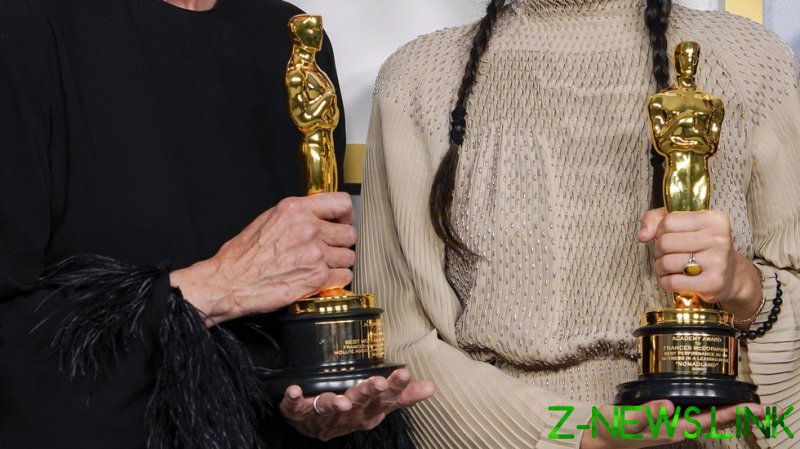 The downward trend didn’t stop Oscar producers from trying valiantly to spice up the turgid blandness of the evening, but their heroic efforts nevertheless left a lot of empty seats (and empty sofas). If viewers thought last year’s awards ceremony – with just 23.6 million watching – was bad, they had better have a fainting couch ready for Sunday’s news, which revealed just 9.8 million viewers.

Indeed, the ratings’ 58% drop to single digits must have been a tough pill to swallow, seeing as just seven years ago, the awards ceremony was flying high with over 40 million viewers. This year’s drop in viewer numbers was difficult to explain outside Occam’s razor – i.e., the simplest explanation is usually the best. It’s not difficult to understand why the American public, after over a year of being treated like misbehaving children sent to bed without their dinner, has found better things to do than sit on the couch to be lectured by the Beautiful People™ on TV about saving carbon while they themselves fly around in private aircraft.

Very few people trying to scrape together enough couch-change to make ends meet were drawn to this year’s festival of celebrities rubbing their wealth in everyone else’s faces. It’s not like the average TV viewers ‘related’ much with their favorite celebrities ‘back in the day,’ of course, but the quiet disgust that has gradually emerged over the last few years, previously apolitical pop stars or actors suddenly pretending their politics run deep have turned themselves around as geniuses who pretend they can speak for some socioeconomic group or another – unless they’re marketing their movies to that group.

There is perhaps nothing more baffling than the bafflement a once-beloved celebrity’s fans exude when they ‘break character,’ revealing their real life to the audience, and are mocked off the screen. Sacha Baron Cohen, everyone is looking at you.

But with arenas and even civil debates all but shut down because of coronavirus, politics has become the only sport in which it’s legal to participate. Unless the Academy can get a lot better at the game (or better yet, stop playing, take that money and use it to leave everyone alone), it’s going to keep embarrassing itself to the level of the BAFTAs – literally requiring diversity quotients in order to dole out a ‘win’ for a particular category. It’s easy to see how this will end in disaster and skyrocketing ‘victim-inflation’, but not everyone is interested in seeing that.

For now, though, it seems clear that the Oscars – along with most big-time awards shows – is going the way of the dodo.