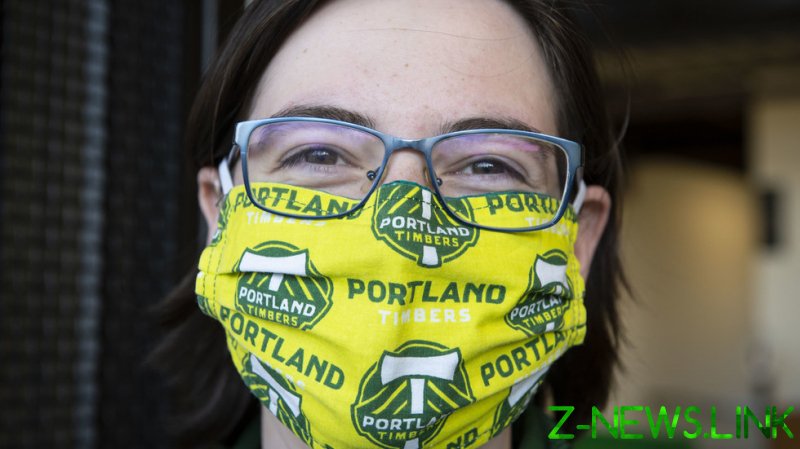 Michael Wood, the administrator of the state’s department of Occupational Safety and Health, said rules requiring masks and social distancing in all businesses in Oregon may be extended indefinitely. The restrictions, which are set to expire on May 4, could be maintained until they are “no longer necessary to address the effects of the pandemic in the workplace.”

The proposal aims to satisfy state law, which requires a “permanent” rule to prevent the current measures from expiring. However, Wood stressed that the rules were being “driven by the pandemic” and would eventually be repealed. Under the proposal, businesses would also be required to regulate ventilation and follow strict sanitation protocols.

Many Oregonians are less than enthusiastic about the idea. According to the Associated Press, Wood’s agency has received a torrent of public comments, most of them critical, about the possible rule extension. Nearly 60,000 residents also signed a petition against keeping the mandate indefinitely, AP reported.

Critics of the proposal have also pointed to the fact that government officials have yet to explain what requirements needed to be met in order for the restrictions to be lifted. There are multiple factors involved in deciding when to lift the measures, and stating exactly how or when they could be done away with would be “impossibly complicated to do in advance,” Wood said.

Republican state Sen. Kim Thatcher questioned the scientific merits of dragging out the restrictions, adding that businesses had been playing “mask cop” for a year and deserved “some certainty on when they will no longer be threatened with fines.”

Wood has claimed the state is “not out of the woods yet” in its fight against Covid-19, but said he would review feedback before making a final decision on the matter next month.

On Saturday, the state reported 888 new coronavirus cases – a new high in recent weeks – and three deaths linked to the disease. In total, Oregon has recorded 174,501 cases and 2,460 deaths.

Some of the anger over the proposal may be due to the fact that some parts of the country are returning to pre-pandemic conditions. Numerous states have already repealed their mask mandates, while others, such as Texas, have fully reopened all businesses.

Oregon, which has had some of the strictest restrictions in the country, isn’t alone in eyeing long-term Covid-19 rules. In January, Virginia became the first in the nation to impose permanent workplace safety and health rules aimed at reducing the spread of the virus.