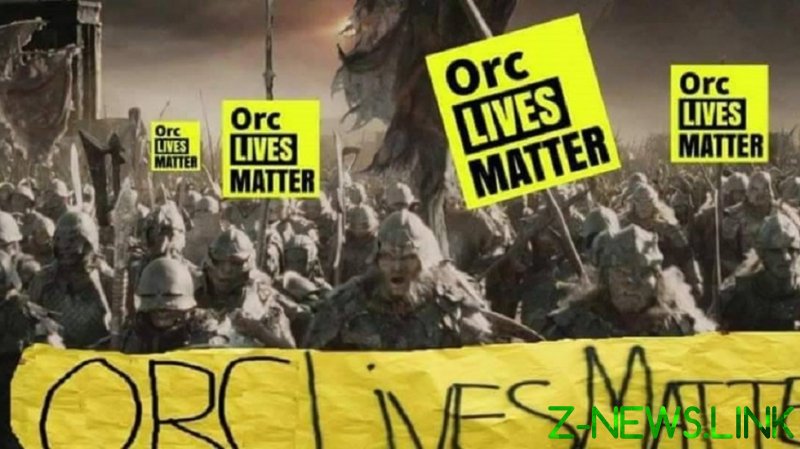 Picture the scene: in a far-off fantasy world, a group of heroes emerges from a dungeon, drenched in the blood of the orcs they’ve slain. A powerful knight, a wise gnome and a dextrous elf, they’ve combined their wisdom and warrior prowess to save their beloved kingdom, and take home chestfuls of loot in the process.

Only in this world, our heroes aren’t whisked off to the tavern for an evening of wenches, mead and merrymaking. Instead, they’re met by ‘Orc Lives Matter’ protesters who accuse them of racist violence. The protesters demand that the king defund his knights and the gnome cough up reparations out of his people’s mithril-mining fortune. Liberal scribes justify orcish raids on the elf’s forest homeland as an overdue response to aeons of elven supremacy, and goblin rights activists lead the charge for bow-and-arrow control.

Without rehashing a lengthy and brain-melting argument, D&D’s creator, Wizards of the Coast, came under pressure to rewrite its “offensive” descriptions of Orcs and Drow, a kind of dark-skinned elven race, in its official rulebook last year, and caved to some demands of the woke.

However, some academics and writers want to go a step further and stamp out the idea of racial differences in fantasy worlds entirely. In a recent piece for Wired, gaming writer Cecilia D’Anastasio declared the inherent wisdom of gnomes, the ferocity of orcs and the beauty of elves “an anti-intellectual sort of ethnography.” To her, and the academics she consulted, the idea that different fantasy races could have genetically inherited traits is something that needs to be fixed.

Wizards of the Coast bent the knee to some of the woke squad’s demands last year, as my game-playing colleagues chronicled at the time. However, for one blogger quoted by D’Anastasio, they didn’t go far enough. Even though an updated rulebook allowed players to assign skills and attributes to their characters regardless of race, it “didn’t address the game’s deep-rooted racial essentialism,” he argued. Another of her sources, Stanford University professor Antero Garcia, expressed regret at the fact that players treat others playing as the demon-spawn Tiefling race with suspicion. This man is a real professor, paid real money to study imaginary racism.

“Removing fantasy racism from D&D would take more than a pore vacuum; think somewhere between a chemical peel and reconstructive surgery,” D’Anastasio wrote.

It’s easy to mock these real-life orc rights activists. To use their own language, these people have the ‘privilege’ to fight for the rights of imaginary creatures. But in a world where identity politics touches everything, it was inevitable that these cultural commissars would eventually look beyond reality itself in search of racism.

They’re the type of people who’d read the Lord of the Rings and criticize Aragorn’s ‘Men of the West’ speech for “using brazenly non-inclusive language.” Gandalf’s white robes would be a chilling expression of his wizard supremacy, and eating a manflesh diet would be a powerful statement against orcophobia. They’d take a knee to mourn the murder of the Witch-King of Angmar by Éowyn, a known alt-Rohan sympathizer.

D&D has been attacked by joyless puritans before, when it was accused of inciting devil worship during the ‘Satanic Panic’ of the 1980s. At the time, the religious right held the cultural levers in America, and when two teenage players committed a grizzly murder in 1984, the game was a natural scapegoat, just as video games and Marilyn Manson’s music were blamed for school shootings in the 1990s.

The woke left are simply the latest torchbearers of this puritan tradition, and the fight against racism, both real and imagined, is their animating force. Their efforts and successes in stifling real-world fun are well documented at this stage, as is their desire to impose a drab, HR-compliant monoculture on all they touch.

Fantasy worlds such as D&D’s offer an escape from our own. Compared to ours, they’re diverse, dangerous, problematic, and fun, and for these snivelling losers, that’s something that cannot be tolerated.

The beauty of a pen-and-paper game like D&D, however, is that players can take the rules into their own hands. There’s nothing stopping a right-wing Dungeon Master (the player who organizes and dictates the narrative of a D&D game, DM for short) from leaning into the racial differences and waging a brutal campaign of Orcish extermination, just as there’s nothing stopping a woke DM from leading a band of gender-confused sorcerers on a quest to free Hobgoblin rioters from the town dungeon.

But heaven forbid they’d actually have a little fun with their ideology for once.