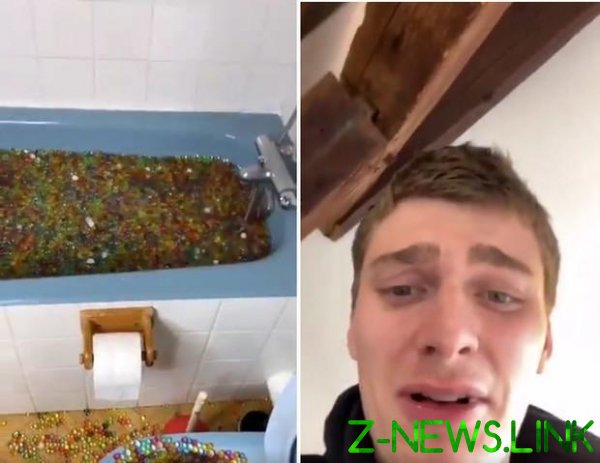 Some bloggers are not burdened with intelligence, but this individual scored his stupidity, pereplyunuv others. In the Internet appeared video in which a young man tries to eliminate the consequences of his experiment, which affected a lot of people.

Many people know what orbiz or simply put hydrogel balls, which in contact with water grow to unrealistic proportions. Of 1 gram of a polymer substrate to obtain pieces that can accommodate up to 300 grams of water.

Initially, they were used in crop production, but the multi-colored jelly balls are so interested in young children that the producers decided to release them as toys for children, just in the mouth not dragged and didn’t swallow. But bloggers are not children, and it turns out they have to write a separate manual.

The French guy decided to perform an experiment, poured a full tub of water and fell asleep in her balls. He could not think that they will grow to enormous size and begin to fall out on the floor. Then a genius decided to open the tube in the bath.

Instead of quickly slip into the sewer, the balls leaped and reached with all of the holes of the sink, toilet, even the kitchen. Nerd didn’t know better than to push the lever to flush it back. This was a catastrophic mistake.

But the matter is not over, and the blogger decided to remove the balls with a vacuum cleaner, which after a few seconds lit up. 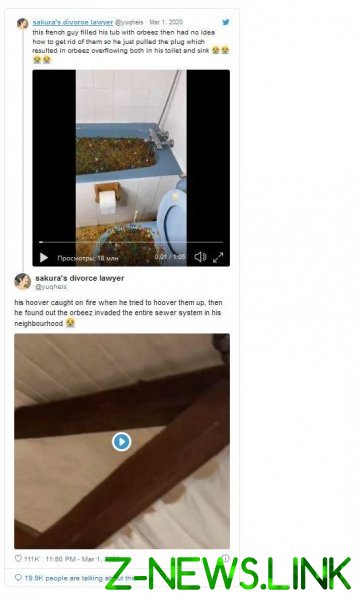 The guy did not give up and decided to eliminate stubborn balls, poured salt into the sink drain.

At first everything went according to plan, but as soon as he put the pipe the water out of the hole gushed a fountain, not even water, and sewage content. 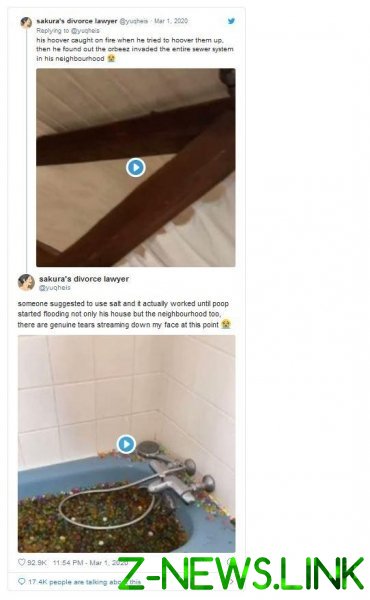 All attempts of the blogger was not successful. Moreover, from his experiments affected all the neighbors in the area. Balls scored all the pipes in the area stormwater drainage.

The guy the police were looking for, to explain what more it is not necessary to make any experiments. And all the blogger it’s time to change activity, not to suffer garbage, which then affects people.

Just look at how innocently it all began. 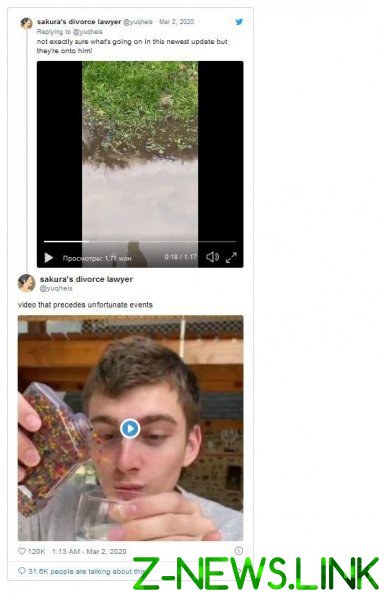