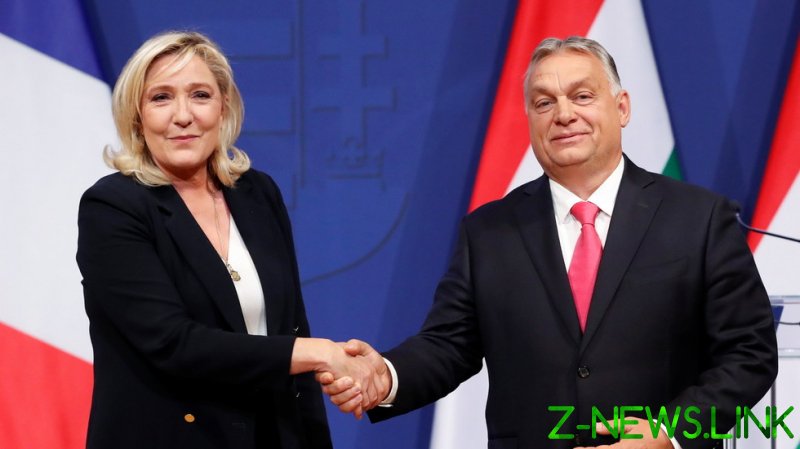 As if the European Union did not have enough problems with its disputes over Brexit and arguments with Poland. Now up pops Hungarian PM Viktor Orban like an inconvenient jack-in-the-box to throw yet more fuel on the roaring fire of discontent.

Orban’s latest gripe with Brussels, and to be fair there are many, is that the bloc is refusing to reimburse Hungary for the construction of a wall on its southern border. The Hungarian government sanctioned the building of the wall back in 2015, as a response to the migrant crisis that was engulfing Europe. The initial intention was to prevent Hungary being used as a corridor for the deluge of migrants attempting to make their way west.

At the time, the Hungarian government made it clear to the migrants that those who did not intend on claiming asylum in Hungary could not use the country as a stepping stone to wealthier parts of Europe. Unsurprisingly, as a result, the number of migrants making their way into Hungary was drastically cut.

However, it has been an expensive project. The building and maintenance of the 523-kilometre wall, which stretches along the Serbian and Croatian border, has cost the Hungarian taxpayer around 600 billion forints (€1.67 billion). Nevertheless, it has been successful and this year alone 92,000 illegal border crossings have been prevented.

Orban knows that this number is likely to rise in the near future when the mass of people who escaped Afghanistan following America’s farcical withdrawal make their way to Europe. Many of them will attempt to reunite with family who have already successfully settled on the continent, mainly in Germany and Austria.

Orban also has another incentive to maintain the wall, as Covid is transmitting faster in Hungary than anywhere else in the world. An influx of untested, un-jabbed, migrants will only increase the already heavy Covid burden on his country. He is therefore doubly determined to prevent history repeating itself.

What annoys Orban most is that he knows the vast majority of the migrants do not want to stay in Hungary and are only using his country as a stepping stone to the richer West. He therefore views the border fence as a project that has benefitted the whole of the EU, and not just his own country.

There are a few other European leaders who are grateful for the firm action Hungary has taken. For example, the outgoing Czech PM Andrej Babiš recently said “Viktor Orban should be thanked for building the fence,” as opposed to being castigated for it.

Today, Orban hit back and has threatened to open a corridor through Hungary so the would-be migrants can, in future, “march up to Austria, Germany and Sweden.” If Orban is true to his word and does open a route for the migrants to make their way west, then Brussels could be forced into a rethink, as it cannot afford another migrant crisis.

One thing is for certain, another huge influx of migrants will only lead to the rise of the Right and more Euroscepticism in member states. Most western capitals are aware of this, which is why they have put the brakes on inviting the western Balkan states into the bloc, much to the consternation of Orban and numerous central European leaders.

Moreover, Orban is seeking to increase his influence within the EU’s institutions by putting together a supergroup of Eurosceptics in the European Parliament. Earlier this week, he had a virtual meeting with Polish PM Mateusz Morawiecki, who is also at loggerheads with the EU, and former Italian deputy PM Matteo Salvini, about forming a new group in the European Parliament.

These talks have been ongoing since March, and in July sixteen European political parties, including Marine Le Pen’s National Rally, signed a declaration stating that “the EU is becoming more and more a tool of radical forces that would like to carry out a cultural, religious transformation and ultimately a nationless construction of Europe, aiming to create … a European Superstate.”

If Orban manages to bring these forces together, which is easier said than done, then he could potentially have the second-largest grouping in the European Parliament. If the Right does manage to unite, then it would significantly alter the dynamic of the EU and go some way to curtailing many of its excesses.

In many ways, Orban holds all the cards in his latest dispute with Brussels. If the EU does not cough up the cash for the wall, the Hungarian PM can simply open his borders, usher the migrants into Austria and Germany, and then point the finger directly at Brussels. This will inevitably result in a rise of Euroscepticism and in particular the parties of the Right. And it is for that reason alone I predict that the EU will be forced to blink first.